The President would be well advised to stop attacking his critics and to start answering their hard questions with specific and credible answers....

The President Gets Personal about the Iran Deal

President Obama, in his desperation to save his Iran deal, has taken to attacking its opponents in personal ways. He has accused critics of his deal of being the same Republican warmongers who drove us into the ground war against Iraq and has warned that they would offer "overheated" and often dishonest arguments. He has complained about the influence of lobbyists and money on the process of deciding this important issue, as if lobbying and money were not involved in other important matters before Congress. 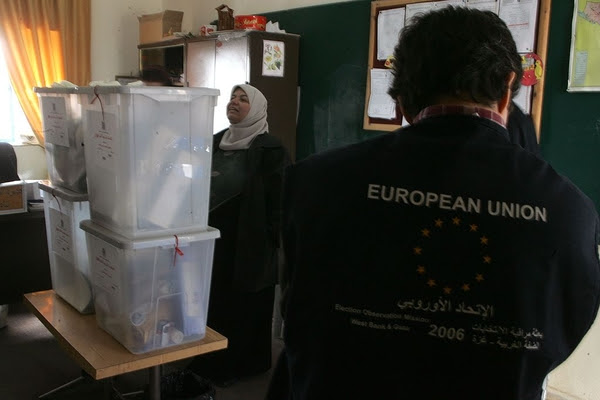 These types of ad hominem arguments are becoming less and less convincing as more Democratic members of Congress, more liberal supporters of the President, more nuclear experts and more foreign policy gurus are expressing deep concern about, and sometimes strong opposition to, the deal that is currently before Congress.

I, myself, am a liberal Democrat who twice voted for President Obama and who was opposed to the invasion and occupation of Iraq. Part of the reason I was opposed was because I considered, and still consider, Iran a much greater threat to the security of the world and to the stability of the Middle East than Iraq ever was. In my newly published e-book The Case Against the Iran Deal: How Can We Now Stop Iran From Getting Nukes?, I make arguments that I believe are honest, fair and compelling. I recognize some advantages in the deal, but strongly believe that the disadvantages considerably outweigh them and that the risks of failure are considerable. My assessment is shared by a considerable number of other academics, policy experts and other liberal Democrats who support President Obama's domestic policies, who admire Secretary Kerry for his determination, and who do not see evil intentions in the deal.

The President would be well advised to stop attacking his critics and to start answering their hard questions with specific and credible answers. Questions that need answering include the following:

1. Even after the expiration of the nuclear agreement, will American policy remain that Iran will never under any circumstances be allowed to develop nuclear weapons? Or is it now our policy that Iran will be free to do whatever it wants to do once the deal expires?

2. After the major constraints contained in the deal end, or were the deal to collapse at any point, how long would it take Iran to produce a deliverable nuclear bomb?

3. Would the United States allow Iran to begin production of a nuclear arsenal when the major constraints of the deal end?

4. Does the deal reflect a reversal in policy from President Obama's pre-reelection promise that "My policy is not containment; my policy is to prevent them from getting a nuclear weapon"?

5. If not, will President Obama now announce that it is still the policy of the United States that Iran will not be allowed to develop a nuclear weapon?

6. How exactly will the inspections regime work? Precisely how much time will the Iranians have between a request for inspection and the inspection itself? What precisely will they be permitted to do during this hiatus? And why do they need so much time if they don't plan to cheat?

7. What will President Obama do if Iran is caught cheating on this deal during his administration?

If and when these and other important questions about the deal are answered — directly, candidly, and unambiguously — Congress will be in a better position to answer the fundamental questions now before it: would rejecting this deeply flawed deal produce more dangerous results than not rejecting it? If so, what can we now do to assure that Iran will not acquire a nuclear arsenal? The answers to those questions may profoundly affect the future of the world.

So the President should spend more time on substance and less on personal attacks.


Alan Dershowitz is an emeritus professor of law at Harvard Law School. His new e-book, The Case Against the Iran Deal: How Can We Now Stop Iran From Getting Nukes?, is now available.