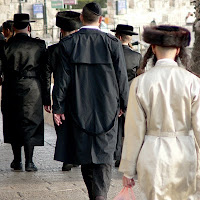 None of the nearly $1 million set aside to tackle sex abuse in New York’s ultra-Orthodox Jewish communities has been spent, even as another program set up to help scrambles for cash.

The state has earmarked $950,000 since April 2009 to fund Assemblyman Dov Hikind’s plans to teach Hasidic Jews to speak up against child molestation.

But the money sits untouched as Hikind figures out the details of Shomrei Yeldainu – Hebrew for “Guardians of our Children” – the Daily News has learned.

“You have to develop something that is done correctly working with the rabbis and leaders,” said Hikind (D-Brooklyn).

The $950,000 was included in the 2009 state budget for the Office of Family and Children’s Services, said Matt Anderson, a budget spokesman for Gov. Paterson.

It’s the first time the state has funded a sex abuse program geared toward helping a specific ethnic group.

“Apparently, the Hasidim will only go to the Hasidim for help,” said Edward Borges, an FCS spokesman.

I’ve written and spoken before on the terrible situation in the NY Orthodox Jewish community that allows child rapists to go unchecked and unpunished. It has been said that if you want to be a pedophile, this is THE place to prey.

The reason the problem exists is to a large extent, summarized in the last sentence: they only go to their own for help. Naturally, when you have this kind of a cult mentality, “their own” are often supporters of the rapists, not the victims (as disgusting as that sounds).

If the money for helping victims is going untouched, then the undeniable conclusion is that it is not serving the purpose for which it is intended. What is the Jewish community doing to spread the word that here is help from OUTSIDE the group? I suspect the answer is NOTHING. This is a cult, and just like every other cult they abhor outsiders because outsiders make sense and provide justice, as opposed to the utter subservience dished out by the cult.

The problem is compounded by a fear of the government appearing antisemitic if they press into the problem. This must not be used as an excuse. Children are being hurt, and it is the government’s job to step in and protect the children. Use the money to fund publicity to the Jewish children, and provide a few undercover cops to root out the swine.

Oh, and by the way, if you’re a child rapist, you’re not all that worried about the invisible man-in-the-sky, so no kosher meals in prison unless you pay for it yourself! Okey Dokey?
Posted by Paul Mendlowitz at Tuesday, March 15, 2011 13 comments: