HASKEL LOOKSTEIN, RCA, HERSHEL SCHACHTER ---- YOU SWIM IN FILTH, YOU GET DIRTY!

Rabbi who oversaw "conversion" (TO WHAT?) of Ivanka Trump slams president’s response to Charlottesville 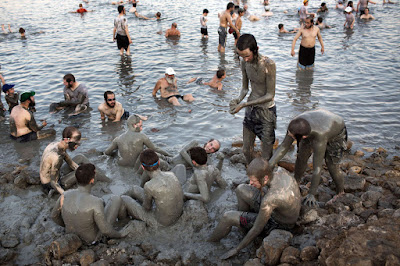 1:2 It was beautiful to see thousands of people across the U.S.A
come together today to peacefully denounce bigotry,
racism & anti-semitism. 5:59 PM - Aug 19, 2017

Lookstein weighed in on the issue Wednesday along with other rabbis at Congregation Kehilath Jeshurun, a prominent modern Orthodox synagogue in Manhattan.


“We are appalled by this resurgence of bigotry and antisemitism, and the renewed vigor of the neo-Nazis, KKK, and alt-right,” the rabbis wrote in a letter to members of the synagogue and its affiliated Ramaz School. “While we avoid politics, we are deeply troubled by the moral equivalency and equivocation President Trump has offered in his response to this act of violence.

“We pray that our country heeds the voices of tolerance, and stays true to its vision of human rights and civil rights.”

Far-right protesters converged on Charlottesville in defense of a statue of Confederate Gen. Robert E. Lee and brawled with counterprotesters. Some of the protesters carried Nazi and Confederate flags, gave Nazi salutes, and expressed anti-Semitic and racists views.

After police broke up the the rally, a white supremacist, James Fields, rammed his car into a crowd of the counterprotesters, killing one woman and injuring at least 19. Two police officers also died when their helicopter crashed while monitoring the rally.

President Trump said at a news conference Tuesday that not all the participants in the rally were white supremacists. Confronted about whether he was putting white supremacists and neo-Nazis on the same “moral plane” as the liberal and leftist counterprotesters, he said, “I’m not putting anybody on a moral plane.” Trump seemed to backtrack from his statement a day earlier condemning neo-Nazis and white supremacists for the violence.

Trump’s comments were widely criticized, including by Republicans and Jewish groups, and praised by white supremacists.

In addition to Lookstein, who is rabbi emeritus, the letter was signed by Kehilath Jeshurun Rabbis Chaim Steinmetz and Elie Weinstock. Ivanka Trump and her husband, Jared Kushner were longtime members of the Upper East Side synagogue before moving to Washington, D.C., to serve as White House aides. They reportedly tried and failed to convince Trump to moderate his comments on Charlottesville.

Lookstein last year agreed to give the invocation at the Republican National Convention, but later withdrew after an outcry from modern Orthodox Jews and others.

In a letter to members at the time, he wrote, “Like my father before me, I have never been involved in politics. Politics divides people.”

In a widely viewed Vice documentary about the events in Charlottesville that aired Tuesday on HBO, Christopher Cantwell, a white supremacist, expressed disgust with Donald Trump because he “gave his daughter to a Jew.”

Cantwell asked Vice News’ reporter Elspeth Reeve, “Do you think you could feel about race like I do and watch that Kushner bastard walk around with that beautiful girl?” 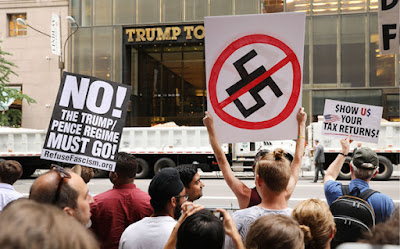 "There is no moral comparison," said Rabbi Elazar Muskin, president of the RCA. "Failure to unequivocally reject hatred and bias is a failing of moral leadership and fans the flames of intolerance and chauvinism. While as a rabbinic organization we prefer to address issues and not personalities, this situation rises above partisan politics and therefore we are taking the unusual approach to directly comment on the words of the President."

"They were shouting, 'Jews will not replace us.' ... There was no innocent person wandering up and accidentally getting involved in this." Vice News reporter Elle Reeve responded to President Donald J. Trump's remarks about the Charlottesville march.