Talk To Your Kids NOW! Always Call The Police! 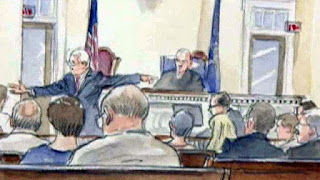 RADIO PLEAS FROM ADVOCATES TO CALL THE POLICE - CLICK: http://www.sfjny.org/index.php?option=com_content&view=article&id=7&Itemid=67

The trial of Jerry Sandusky evokes nightmares for millions of people—including me. The details of Sandusky's manipulation, intimidation, and vile acts are sickening and familiar. My own "Jerry Sandusky" was a day camp counselor who abused and terrorized me when I was in the third grade.

My parents were divorced, and I lived with my mom, actress Jane Wyman. After school, I attended a day camp program run by a man named Don Havlik. Like most molesters, Don had a natural rapport with kids and parents. He used his charm to steal what he wanted—the innocence of children.

Years later, I learned that he had raped many other children, and was even arrested and imprisoned for molestation. Once released, he moved to another state and opened another day camp for kids!

I tell the story in my book 'Twice Adopted' (B&H, 2004), so I won't go into detail here. But I want you to know there are people around you, closer than you realize, reliving nightmares as they listen to the Sandusky trial. If something this horrible can happen to the son of Ronald Reagan and Jane Wyman, it can happen to anybody.

If you're a victim, I know the hell you're going through. For years, I blamed myself—(Don taught me to accept the blame for his crimes). It's not your fault. You can be healed—and the healing begins when you tell someone. It doesn't matter if you were abused 20 minutes ago or 20 years ago, stop that molester now. Don't let him hurt other kids.

My mother first learned about the molestation when I told her 35 years later. She blamed herself, but I told her not to. She had tried to put me in a safe place. Don Havlik seemed like a caring man—and Mom didn't know the warning signs. But you don't have to be in the dark, because I'm going to tell you, step-by-step, how to protect your child:

1. Be aware. Know who your kids are with at all times. Don't take anyone on trust. Most victims are molested by someone known to the child's parents. Abusers build trust and learn a child's vulnerabilities before initiating sexual contact. The abuser often calls the molestation a "game."

2. Be watchful. Look out for adults or teens who are overly attentive to your child. Make sure you know all you can about anyone who spends time with your children, including babysitters, neighbors, relatives, youth leaders, teachers, and coaches.

3. Talk to your children. Make sure they recognize inappropriate touching. Discuss these matters calmly but frankly, and repeat the discussion several times a year. Teach your kids not only to beware of strangers, but to run from relatives or neighbors who try to touch them the wrong way. (The molester often turns out to be "kindly old Uncle Charlie.")

4. No secrets! Teach your kids to never keep secrets from parents (molesters invariably swear kids to secrecy). Teach kids to say "No!" and to run and tell.

5. Play "What if—?" with your kids. Help them practice what you've taught them. Ask, "What if a grownup offers you money or presents if do something wrong?" Or, "What if a stranger says, 'Will you help me find my puppy?'" Make sure kids have an escape route for every scenario.

7. If you think your child was sexually abused, don't panic. Make sure your child feels loved and protected. Say, "You were right to tell me. I'm going to make sure this person won't hurt you again." Let the child talk about feelings in his or her own way, but don't interrogate. Remember that kids often lack vocabulary to express what happened.

8. Say, "I believe you." It takes courage for a child to speak up, because kids fear being disbelieved. Your child will more likely tell the truth if there is strong support from you.

9. Keep the offender away from the child. Help the child to feel everything will be okay.

10. Call the authorities. Law enforcement agencies have investigators trained to handle these situations. Don't call Child Protective Services—investigating crimes is not a CPS function. If the molester is a pastor or youth worker, don't call the church; if a teacher or coach, don't call school officials. Always call the police.

After you call the police, call the ChildHelp Hotline at 1-800-4ACHILD (1-800-422-4453). The ChildHelp counselor will listen, answer your questions, and direct you to support services. Even if your child has been abused, you can begin the healing process if you act now.

Michael Reagan is the son of President Ronald Reagan. He is a political consultant, founder and chairman of The Reagan Group, and president of The Reagan Legacy Foundation. He is the author of "The New Reagan Revolution" (St. Martin's Press). Visit his website at www.reagan.com

http://www.foxnews.com/opinion/2012/06/20/sandusky-trial-nightmares-how-to-keep-your-kids-safe-from-abuse-experienced/?cmpid=NL_BestofOpinion
Posted by Paul Mendlowitz at Monday, June 25, 2012 No comments: