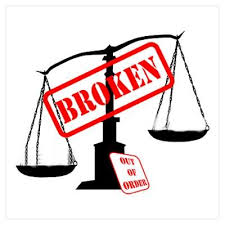 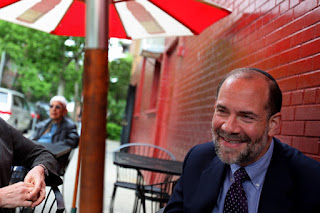 A (prominent) Orthodox rabbi in the Bronx who was the focus of scrutiny for having taken young boys naked to a sauna will keep his job, after his synagogue’s board changed course and decided not to seek his removal.

The rabbi, Jonathan Rosenblatt of the Riverdale Jewish Center, had fought efforts to remove him and apologized for lapses in judgment (decades long) , and seemed to have the support of most of the 700-member congregation.

“After carefully considering various scenarios over the last several weeks, we firmly believe that the approach laid out by Rabbi Rosenblatt is an effective and appropriate way forward,” the board’s president and chairman wrote in an email to members last Thursday. The rabbi, the board said, had “shared his vision” about strengthening bonds among members and maintaining the synagogue’s financial stability.  (Moral and ethical conduct be damned)

The email was reported on Monday by The Times of Israel.

Many of the congregation members are unhappy with the process and have begun holding services at each other’s homes instead of at the synagogue.

In May, an article in The New York Times described how shortly after taking the helm of the synagogue in 1985, Rabbi Rosenblatt began taking boys from his congregation, as young as 12, to a gym to play squash or racquetball, then to the sauna, where he would talk with them about their faith. The rabbi and the boys were often naked during the chats.

Some of those congregants from the late 1980s and early ’90s said he gawked at them in ways that they found disturbing. Another said that in clothed chat sessions the rabbi often touched him in a manipulative and seductive way. The rabbi was never accused of sexual misconduct. He eventually agreed to stop taking congregants to the sauna.

In early June, the board voted to try to buy out Rabbi Rosenblatt’s contract, and he initially agreed to negotiate. Two weeks later, though, in an emotional and contrite speech to the congregation, the rabbi said, “I still believe I have contributions to make and surely, with God’s grace, I am ready to serve you.” The congregation applauded the speech.

A lawyer for Rabbi Rosenblatt, Benjamin Brafman, said on Tuesday, “We are obviously pleased with the board’s decision, and it was clearly the right decision as there were never any grounds for his removal.”
But one board member, who did not want his name published because of the inflammatory nature of the issue, said that the about-face was forced on the board by the president and chairman.

In June, the board voted by a wide margin — 34 to 8, reportedly — to seek the rabbi’s removal. At a board meeting last Wednesday, though, the member said, the chairman and president presented the decision to keep the rabbi as a done deal and would not allow a vote. The board member said he resigned after the meeting.

Another member, who also did want her name published, said she did the same. Both board members said that at least three others had resigned. The president, Samson Fine, and the chairman, Donald Liss, did not return voice mail messages on Tuesday.

Some rank-and-file members, too, have decided that if Rabbi Rosenblatt stays, they will leave. A group has been holding services at each other’s homes for the last six weeks or so; two people who have been attending said the services typically attract 50 to 80 people.

One of them, Steven Bayme, a program official at the American Jewish Committee, worshiped at Riverdale Jewish Center for 38 years and had given lectures at Rabbi Rosenblatt’s invitation.