Disappointing US Orthodox Response to Har Nof Massacre -- The Orthodox community in the US has the ability to demand action when American citizens are murdered. 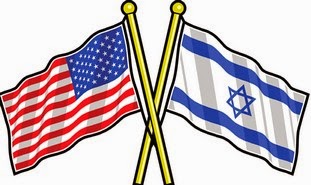 When American-born Orthodox rabbis are massacred by Palestinian Arab terrorists in a Jerusalem synagogue, one would expect at least American Orthodox leaders to respond vigorously. And the Orthodox Union this week did indeed issue a strongly worded statement condemning "incendiary rhetoric" and "demonization.”

But contrary to what one might have thought, the statement was directed not at Palestinians but at Jews.

... So what should American Orthodox Jews be doing in response to the killings? So far, most Orthodox responses have focused on the need to pray with more sincerity or to more carefully obey halakhic strictures. We suggest an additional avenue.

They should inundate the White House, the State Department, and their Members of Congress, demanding action:

*  Punish the Killers:  The Popular Front for the Liberation of Palestine, the second largest faction of the PLO, claimed responsibility for the massacre. Palestinian Authority leader Mahmoud Abbas is chairman of the PLO. The U.S. should demand that he expel the PFLP.

*  Pursue the Accomplices:  The State Department offers rewards for information leading to the capture of terrorists who kill Americans abroad. They should offer rewards to help capture the organizers and financiers of the Jerusalem massacre.

*  Help the Families:  The Israeli government should not have to pay the medical and related expenses for Americans killed or wounded by Palestinian terrorists. Those costs should be deducted from the $500-million the U.S. gives to the Palestinian Authority each year.

So by all means--repudiate the words of a few Jews who, in their grief, say extreme or irresponsible things. But then focus the Orthodox community's attention and energy on practical steps that can make a real difference.