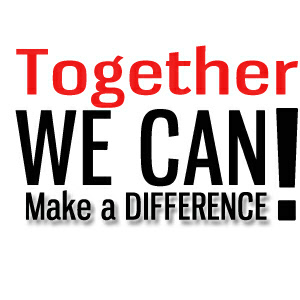 For 11 years, activists and lawmakers in New York have tried and failed to pass the Child Victims Act, which would expand the legal recourse available to people who say they were sexually abused as children, who now face some of the most restrictive laws in the country. As the national conversation bursts with a reckoning over sexual misconduct, activists hope that this year they will succeed and are advancing a new, more aggressive strategy to pass the bill.

“Now is the time,” said Bridie Farrell, a competitive speed skater who was abused by an older teammate and has been pushing the bill in Albany for years. “The people who are speaking up are famous people, with fortunes and legal teams and PR teams,” she said. And yet for years, she continued, “they were too scared to talk. So how do you expect a child to do it?”

Under New York State law, victims of childhood sexual abuse have until they are 21 to sue the institution where the abuse took place, like a church or a school, and until 23 to sue their attacker. Criminal charges, with the exception of rape, must be filed before a survivor turns 23. Activists say New York, along with a handful of other states like Alabama and Michigan, has some of the least victim-friendly laws in the country.

The Child Victims Act would allow survivors to sue until they turn 50 and let criminal charges be filed until they are 28. It would also create a one-year window during which cases from any time could proceed in court.

Some two dozen advocacy organizations and survivor groups are coordinating their efforts this year with the twin goals of convincing Gov. Andrew M. Cuomo to put the Child Victims Act in the budget and creating the political space for it to succeed. A member of the coalition, Child USA, a nonprofit group led by Marci Hamilton, a legal expert in child sex abuse cases, has hired the strategic communications firm SKDKnickerbocker to coordinate the campaign. SKD has enjoyed a close relationship with Mr. Cuomo’s office, and oversaw the successful effort in 2011 to legalize gay marriage in the state.

Child USA says that the law belongs in the governor’s budget because current laws cost the state money. Some survivors of childhood sexual assault, who may suffer from post-traumatic stress disorder or other difficulties like addiction, often end up depending on state programs like Medicaid.

Child USA argues that the Child Victims Act would shift that financial burden to the abusers and responsible institutions.

Last year, the bill passed in the Assembly by a vote of 139-7, and Mr. Cuomo offered his endorsement by introducing it as well. But the Senate speaker, John J. Flanagan, a Republican, has declined to bring it up for a vote in that chamber. A key piece of the proponents’ strategy will be to aggressively target specific state senators, especially in competitive suburban districts, with efforts like digital advertising to get their support. Carl L. Marcellino and Elaine Phillips, Republicans from Long Island who won narrow victories in recent elections, are two senators on their list, according to coalition representatives.

“I think we realize now that they really need to be called out,” said Stephen Jimenez, an abuse survivor who has been advocating for the bill for more than 10 years.


“The question for us now is really blunt: Why are you protecting predators?”

Those pushing the legislation have met with Mr. Cuomo and his staff over the past year and a half, and they say that communication continues.

“It is outrageous that as a result of arcane laws, these victims have been denied their day in court,” Rich Azzopardi, a spokesman for Mr. Cuomo said in an email. “We are working with the advocates to determine the most effective way to achieve these much needed reforms.”

The measure, which has been spearheaded by the victim organization Safe Horizon for over a decade, has faced consistent opposition from the Catholic church and other groups that serve young people. Dennis Poust, the director of communications for the New York State Catholic Conference, said that while the state’s bishops support forward-looking legislation to raise the statute of limitations, they opposed the window that might open the church up to decades worth of claims.

Activists say such a window is an important way to flush out predators who may have evaded detection, who may even still have access to children, and Linda B. Rosenthal, a Democrat from Manhattan and the bill’s sponsor in the Assembly, called it a “moral responsibility” to allow victims the chance to seek justice. But Mr. Poust said that dioceses in Minnesota and Delaware had filed for bankruptcy after a flood of sexual abuse claims.

“We have to ensure that the church can continue to provide essential services, be it charitable, educational or sacramental,” Mr. Poust said.

As both sides gear up for the legislative session, the drum beat of assault allegations seems to quicken every day. Time Magazine named “The Silence Breakers,” who have called out abuse, its person of the year.

“I’m hopeful that because of revelation about widespread sexual abuse, the dam of resistance has been broken — there are no more sacred cows,” Ms. Rosenthal said. “If this isn’t the moment,” she continued, “then we’re doomed.”

Posted by Paul Mendlowitz at Friday, December 08, 2017 No comments: