LAPD chief Charlie Beck said Thursday his force would investigate ANY sexual assault charges against the embattled entertainer, OR ANYONE ELSE, regardless of whether they were covered by the statute of limitations, which limits how long after the fact lawsuits can be filed...

Judy Huth was assaulted 40 years ago!

The only woman to have filed a sex assault lawsuit against Bill Cosby took her case to police Friday, accepting an offer to have her claims investigated despite them dating from 40 years ago. 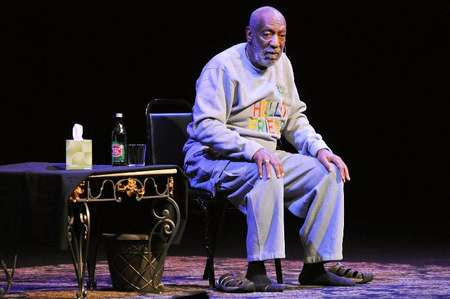 LAPD chief Charlie Beck said Thursday his force would investigate any sexual assault charges against the embattled entertainer, or anyone else, regardless of whether they were covered by the statute of limitations, which limits how long after the fact lawsuits can be filed.

"Today Judy Huth and I came here... to meet with detectives of the LAPD to request an investigation of Mr Cosby," Allred said in a statement in front of the police headquarters in downtown Los Angeles.

"She is here because she believes that it is important that Bill Cosby be investigated... we are here to accept Chief Beck's invitation," she added.

"We also urge others to go to the LAPD and ask them to investigate."

The LAPD did not immediately comment on the meeting.

Around 20 women have now accused the 77-year-old Emmy and Golden Globe winner of sexual assault and even rape in alleged incidents dating mostly from decades ago.

So far the only one who has taken legal action is Huth, a 55-year-old former Playboy hostess who filed a lawsuit in Los Angeles on Tuesday claiming Cosby assaulted her at Hugh Hefner's Playboy Mansion in 1974.

On Thursday Cosby's lawyer, Marty Singer, counter-sued Huth in the LA Superior Court, accusing her of trying to extort up to $250,000 from him in return for her silence.

On Friday a new accuser came forward, another former Playboy "bunny" who claimed that she and at least 12 other fellow employees were raped by Cosby.

P.J. Masten, who began working as a Playboy waitress in 1972, claimed that Cosby drugged and raped her after inviting her to his hotel room in Chicago, and offering her a glass of what he said was Grand Marnier.
"The next thing I knew, it was four o'clock in the morning," she told CNN.

"I woke up in a bed naked, bruised. He was laying next to me, and I slithered out of the bed... I got myself together, I went downstairs, I got in a cab and I went home," she said.

But she was certain that he had raped her while she was unconscious. "This man has to be held accountable. He's a serial rapist. He's been that way since the '60s," she told the broadcaster.

She was not the only former "bunny" to be raped by the entertainer, she claimed.

"But they were also drugged and raped by Bill Cosby."

Playboy founder Hugh Hefner issued a statement on the scandal Saturday. "Bill Cosby has been a good friend for many years and the mere thought of these allegations is truly saddening," he said. "I would never tolerate this kind of behavior, regardless of who was involved."

Overnight Thursday a vandal scrawled the word "rapist" on Bill Cosby's Hollywood Walk of Fame star.
The word was written three times on the star on the storied Walk of Fame, the stretch of sidewalk honoring Hollywood celebrities that is visited by millions of tourists every year.


The Hollywood Chamber of Commerce, which looks after the stars and organizes ceremonies for new inductees, acted quickly to have the graffiti removed.

"The Hollywood Walk of Fame is an institution celebrating the positive contributions of the inductees," it said in a statement.

"When people are unhappy with one of our honorees, we would hope that they would project their anger in more positive ways than to vandalize a California state landmark."