“It’s not just about you. You’re part of a social order. You’ve got to make your own contribution to it. You can’t opt out. 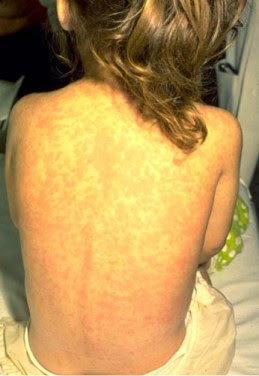 Should Vaccination Be a Personal Choice?

By Brenda Goodman, MA
WebMD Health News
Reviewed by Hansa D. Bhargava, MD
Jan. 29, 2015 -- As a measles outbreak linked to Disneyland continues to spread, a backlash against parents who refuse or delay vaccination for their children has risen to a fever pitch.
More and more pediatricians say they are "firing" patients who decide not to vaccinate. On social media, angry parents engage in heated debates about the decision not to vaccinate. One columnist suggested parents who don’t vaccinate their kids should go to jail. And at least one well-known infectious disease expert called for states to make it tougher for parents to opt out of the shots.
“It’s not just about you. You’re part of a social order. You’ve got to make your own contribution to it. You can’t opt out. This is a stronger statement than I’ve ever made to the media. But I think we should become increasingly intolerant of parents opting out,” says William Schaffner, MD. He's a professor of preventive medicine at Vanderbilt University in Nashville, TN.
There’s good reason to be angry. Diseases like whooping cough and measles, which had been all but wiped out in this country, are making a comeback. In 2014, 644 people caught measles in the U.S., the most in more than two decades, according to the CDC. With nearly 60 cases in seven states connected to Disneyland so far this year, 2015 might be on pace to be even worse.
“It’s only January and we’ve already had a very large number of measles cases. This worries me,” says Anne Schuchat, MD. She's the director of the CDC’s National Center for Immunization and Respiratory Diseases. She spoke at a press briefing on the outbreak and urged children and adults to get vaccinated.
Experts say preventable diseases like these are gaining a foothold again because many parents have taken advantage of laws in 48 states that allow families to skip or delay the shots for religious or personal reasons.
“Ten to 20 percent delay the shots. One to 2 percent choose not to vaccinate at all,” says Paul Offit, MD, director of the Vaccine Education Center at The Children’s Hospital of Philadelphia.
That wouldn’t be so bad if they were evenly distributed across the U.S., putting an unvaccinated kid here or there. But people who decide to go unprotected tend to cluster in groups.
1 | 2 | 3 | 4 | 5
NEXT PAGE >