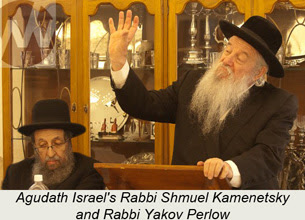 The Pennsylvania State University Board of Trustees made the only rational choice on Wednesday when it dismissed the football coach Joe Paterno for failing to pursue a horrific allegation of sexual assault of a child that was brought to his attention by a subordinate in 2002. Mr. Paterno, who failed to call the police, now concedes that he did not do enough to curb what prosecutors describe as a 15-year cycle of child rape and sexual assaults, perpetrated partly on university property, by Jerry Sandusky, Mr. Paterno’s former assistant coach.

Mr. Paterno seems to understand that his failure to act had tragic consequences for the child victims. He was not fired because he participated in or condoned the sickening acts described in a 23-page grand jury report. He was fired because he did not take steps that probably would have ended them. The university must now explain this truth to angry, misinformed students who rioted in the streets when they learned of Mr. Paterno’s dismissal.

The obvious place for the students to begin is with the grand jury report, a harrowing document that depicts Mr. Sandusky as luring young children with gifts and outings before going on to rape and assault. The Penn State student newspaper, The Daily Collegian, has put the report on its Web site for anyone who wants to read the testimony.

The person identified in the report as Victim 1 told the grand jury that he was 11 or 12 years old when he met Mr. Sandusky in 2005 or 2006 through a charity for underprivileged children. The child was taken on trips and given a computer, clothing and cash. He says he eventually began sleeping over at the Sandusky home, where the former coach would creep into his bed at night and perform oral sex on him.

After many sexual encounters, the victim says he managed to terminate contact with Mr. Sandusky in the spring of 2008. According to the report, Mr. Sandusky was barred from assisting as a coach in the child’s school district after his mother called the school to report the child’s allegation of sexual assault. That was in 2009, seven years after Mr. Paterno’s graduate assistant coach, Mike McQueary, claims he first witnessed Mr. Sandusky raping a young child in the Penn State football building.

No one connected to the university should feel anything but shame that the institutional leaders did so little to protect the children involved. The trustees seemed to acknowledge that on Wednesday. The sooner misinformed students understand the basic facts, the better.