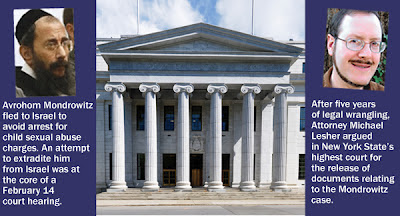 Attorney and author Michael Lesher made oral arguments on February 14 before New York State’s Court of Appeals in his longstanding Freedom of Information (FOIL) lawsuit against Brooklyn District Attorney Charles Hynes. Lesher’s lawsuit aimed to push the district attorney to provide some much needed transparency regarding cases of child sexual abuse in fervently Orthodox (sometimes referred to in media reports as the “Haredi” or “ultra-Orthodox”) communities.

Hella Winston, a Senior Fellow at the Schuster Institute for Investigative Journalism, wrote about what was at stake in the February 14 hearing, and how the Court decided the case on April 3.

The Court decided not to require the Brooklyn district attorney to release the documents. According to The New York Jewish Week, Robert Freeman, the executive director of the New York State Department of State Committee on Open Government, called aspects of the decision “troublesome.” in this case will have a significant impact on the public’s access to information about what the government is doing in citizens’ names.