Charges of sex acts with minors, indecent assault and sodomy were filed against Chaim Shragai, 66, at the Jerusalem District Court, prosecutors said in a statement...

Prosecutors say suspect systematically preyed on victims, all minors, on numerous occasions over past two years 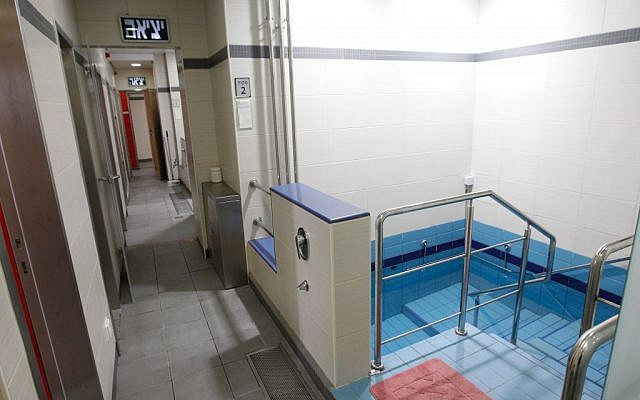 A mikveh, or Jewish ritual bath, in a Jerusalem neighborhood

The Jerusalem prosecution said Sunday it filed an indictment against a Jerusalem man on suspicion that he sexually assaulted three brothers over a period of two years when they bathed at a ritual bathhouse.

Charges of sex acts with minors, indecent assault and sodomy were filed against Chaim Shragai, 66, at the Jerusalem District Court, prosecutors said in a statement.

According to the indictment, Shragai assaulted his victims, now aged 13-16, on numerous occasions when they individually visited a mikveh, a bathhouse where patrons immerse themselves naked in a small pool.

Court papers said Shragai, an acquaintance of the victims’ father, forced himself on the plaintiffs and contacted them by phone to encourage them to visit the bathhouse. He would also give them money after committing the acts.

Authorities say Shragai would approach the teenagers while they were using the mikva, and blocked their exit if they tried to escape.

When the teens refused to submit to his demands, Shragai would threaten to leave the victims locked inside the facility, and warned that he would tell the victims’ parents that they were guilty of various offenses. In some instances, Shragai showed his victims pornographic material, then threatened to tell their parents.

After each incident, Shragai would pay the victim a small sum, usually several shekels.

The prosecution has requested that Shragai be denied bail and be held in custody until the end of his trial.

On one occasion when one of the brothers tried to escape his clutches, Shragai allegedly blocked the exit and threatened to tell his parents about previous encounters they had and to lock him in mikveh.

The prosecutor asked that he be held until the end of the legal proceedings.

Posted by Paul Mendlowitz at Sunday, October 29, 2017 No comments: