Over ten students have already spoken out against conductor Menahem Nebenhaus in incidents ranging from sexual harassment to full-on rape. 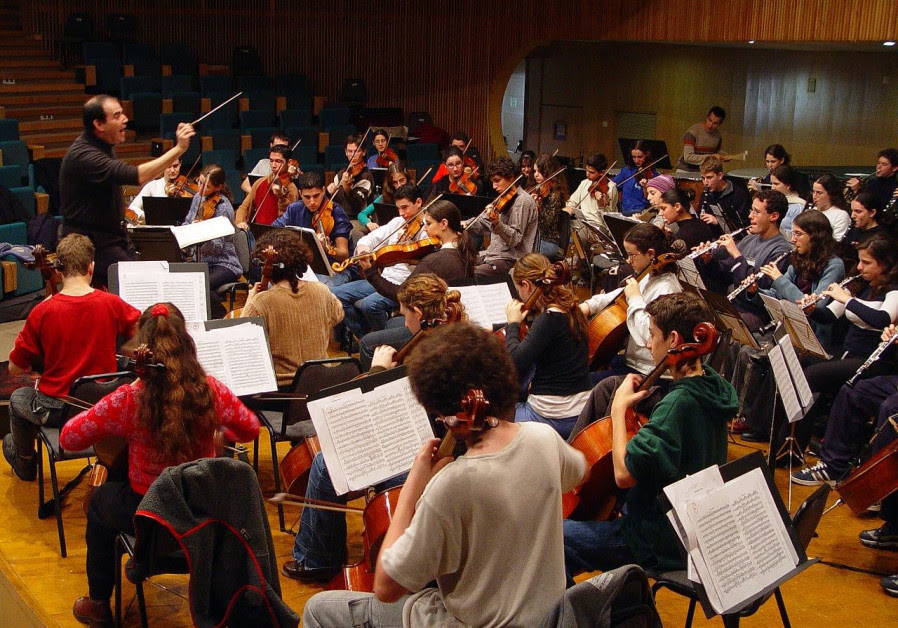 The scandal was revealed by journalist Assaf Harel, who, like most of the victims, studied under Nebenhaus while a student at the elite Thelma Yellin High School for the Arts in central Israel.

On January 16, in his popular television segment, The Monologue, Harel described how he used to frequent Nebenhaus's private studio on Rothschild Boulevard every week for conducting lessons as a teen. At the time Harel also worked in construction, and he recalled arriving at the studio one day with his back muscles aching so badly he could barely move. Nebenhaus offered to massage his back. "I thought it was nice of him," Harel said. "He really did help, and I felt better." But it didn't stop there.

Harel said that he found it uncanny that throughout the entire #Metoo campaign there were barely any stories about men harassing teens and boys. Recalling his own experience with Nebenhaus, he decided to reach out and discover whether there was perhaps more to the story. And, indeed, a couple of phone calls later, Harel had compiled a list of seven men and one woman who'd also been victimized by Nebenhaus.

Another former student described coming over to Nebenhaus's studio after having broken up with his girlfriend. He was in a fragile emotional state, and was looking forward to confiding in his fatherly, endearing music teacher who'd become a close friend throughout their year of lessons. Nebenhaus apparently recognized the student's fragility and decided to take advantage of it. He explained to the student how important it is to "open up, to connect to your feelings, to expose yourself emotionally and physically." He convinced the student to expose himself physically, and once they were both naked, asked him to touch his penis. When the student refused, Nebenhaus went on to touch the student and perform oral sex on him. After leaving, the student proceeded to "barf his guts out" and never returned to the studio.

The most horrifying testimony tells the tale of a private student of Nebenhaus's who was de facto prostituted by the conductor. After one of the teachers at the Thelma Yellin school committed suicide, Nebenhaus offered himself as a shoulder to lean on for any student who felt they needed one. One such student forged a close relationship with Nebenhaus and came to regard him as a paternal figure. At some point, he began offering the student all sorts of bets involving sex and money: "If you have the courage to do 'this', you'll get 50 shekels...but I bet you're not brave enough," for example. The offers gradually became more and more extreme, until they became outright sex for money. This turned into weekly sex meetings, until eventually the student couldn't take it anymore and cut off the relationship. Nebenhaus made him agree to keep silent about the whole affair.

For decades, Nebenhaus conducted and taught almost exclusively at musical institutions for youth and children.

Five years ago, an anonymous source reported to the then principal of the Thelma Yellin school, Haim Daitchman, that Nebenhaus had raped him as a child. The school took measures to ensure he was removed from his position, but did not turn to the police or make further inquiries into the case.

After Harel broke the story, conductor Yishai Steckler admitted to being the anonymous source mentioned in Harel's story and gave an interview on Channel 2.

After becoming a conductor in his own right, Steckler worked alongside Nebenhaus at Thelma Yellin for years. In the Channel 2 interview he also admitted to being the student on whom Nebenhaus performed oral sex. Steckler said it took him years of psychological care in order to get over the trauma he suffered as a result of the rape. The sentence that scarred him most of all was what Nebenhaus said to him after the rape, right before he left: Steckler sat down on the couch, his knees shaking, incapable of getting up. He asked Nebenhaus to help him stand up. With a repulsed look on his face, Nebenhaus looked at him and said, "You're probably not a real artist if you're not willing to 'go far.'"

The world of classical music, and performing arts in general, is notorious for being rigorous and demanding to such an extent that an emotional toll is taken on the well-being of young artists, who will often pay a high price in order to ensure their success in the field. Educators, especially charismatic and successful ones like Nebenhaus, are regarded as idols and can easily exploit students who hold them in such high esteem. Extra care needs to be taken in demanding artistic institutions in order to ensure that young people are not taken advantage of, and that they have a support network to reach out to if such cases do come to pass.

Thelma Yellin's current principal, Moshe Philosoph, claims that all of the incidents that have been reported occurred over 20 years ago, therefore the statute of limitation on them has passed.

Since the release of the video, four more men have come forth reporting that they, too, had been harassed. Nebenhaus has been suspended from his current teaching post at the Technion University in Haifa. He has declined to make any comment as of yet, but has hired a lawyer.


Posted by Paul Mendlowitz at Monday, January 22, 2018 No comments: