The path they advocate is no less delusional than that of abused children who blame themselves for the abuse they experience. All too often such children doom themselves psychologically to lives of self-abnegation and misery.

The Psychology of Jews Who Embrace Their Enemies 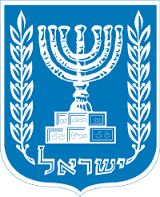 Interview Series: Psychiatrist-author Kenneth Levin: "Those of the Jewish community who live and work in environments hostile to Israel, commonly embrace the anti-Israel bias around them. And they often insist they are being virtuous by doing so."


“A number of Jews and Israelis embrace criticism coming from anti-Semites and extreme anti-Israelis. They have many precursors in the lengthy history of the Jewish Diaspora.


“This phenomenon reveals great similarity, at the level of human psychology, to the response of children subjected to chronic abuse. Such children tend to blame themselves for their suffering. In their helpless condition, they have two alternatives. They can either acknowledge they are being unfairly victimized and reconcile themselves to being powerless, or they can blame themselves for their predicament. The attraction of the latter - ‘I suffer because I am bad’ - is that it serves the desire of being in control, fantasies that by becoming ‘good’ will elicit a more benign response from their tormentors. Both children and adults invariably seek to avoid hopelessness.”

In The Oslo Syndrome, Levin explains the attitude of Israeli self-haters: [There is] “a wish to believe Israel is in control of profoundly stressful circumstances over which, unfortunately, it has no real control. Genuine peace will come to the Middle East when the Arab world, by far the dominant party in the region, perceives such a peace as in its interest. Israeli policies have in fact, very little impact on Arab perceptions in this regard, much less than the dynamics of domestic politics in the Arab states and of inter-Arab rivalries.”

Levin adds now: “Popular hatred for Israel, which is fanned by Arab governments, education systems, media and Muslim clerics, runs deep in Arab opinion. This is not a totally isolated phenomenon, but fits into a much broader framework. Since the earliest days of the existence of the Arab-Muslim world, there has been widespread animosity against both religious and ethnic minorities in the region. It would be a mistake to attribute, for instance, the pressure on Christian minorities exclusively to the rise of Islamic fundamentalism. Popular Muslim-Arab hostility has also led to pressures on non-Arab Muslims such as the Berber populations in North Africa.

“While those Jews and Israelis who embrace anti-Jewish arguments typically do so in the hope of ingratiating themselves with the Jews’ enemies, they will rarely acknowledge this motive. Rather, they typically claim that their position reflects a higher moral or ethical position.

“In the past and present, a common claim by anti-Semites has been that Jews are interested exclusively in their own well-being. This has led many Jews to focus their energies on broader social causes, even as the Jewish community suffered unique disabilities. Jews who take this course typically do not admit they are doing so to avoid being accused of Jewish parochialism. Rather, they claim to be righteously transcending narrow concerns to address more universal needs.

“During World War II, particularly after the Nazi extermination program was revealed in late 1942, many American Jewish leaders sought to raise public awareness of the plight of Europe’s Jews and promote rescue efforts. Yet they also limited their campaign out of fear of arousing public anger over Jewish concern with a Jewish issue, and they often rationalized their doing so as reflecting devotion to the greater patriotic task of winning the war. It was largely non-Jewish voices which insisted the Nazi extermination program was not only a crime against the Jews but a crime against civilization and all of humanity and therefore should be of concern to everyone.”

Levin observes: “In the last sixty years, the American Jewish community at large has energetically embraced support for Israel. This has been made much easier by the fact that the wider American public has traditionally been sympathetic toward the Jewish state.

“On the other hand, Israel has come under much criticism in certain American media, on many American campuses and in several mainstream liberal churches. Those segments of the Jewish community who live and work in environments hostile to Israel, commonly embrace the anti-Israel bias around them. And they often insist they are being virtuous by doing so.

“The psychological dynamics of communities under attack explain why, both abroad and in Israel, the virtual siege placed upon the Jewish state will continue to lead segments of Jewish communities to support the besiegers and to urge Jewish self-reform as the path to winning relief. Yet the path they advocate is no less delusional than that of abused children who blame themselves for the abuse they experience. All too often such children doom themselves psychologically to lives of self-abnegation and misery. In the case of Jews indicting Israel for the hatred directed against it, the misery they cultivate goes far beyond themselves and ultimately, undermines Israel’s very survival.”

Kenneth Levin is a psychiatrist, historian and author of several books, among which is The Oslo Syndrome: Delusions of a People under Siege.1 He is a clinical instructor in psychiatry at Harvard Medical School.

The writer has been a long-term adviser on strategy issues to the boards of several major multinational corporations in Europe and North America.He is board member and former chairman of the Jerusalem Center for Public Affairs and recipient of the LIfetime Achievement Award (2012) of the Journal for the Study of Anti-Semitism.