The Earthly Power of a Philadelphia Jury 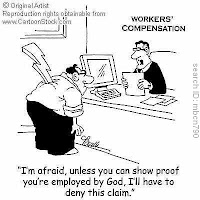 After months of testimony and deliberations the Philadelphia jurors who found Msgr. William Lynn guilty of child endangerment did more than any Vatican official has ever done to address the problem of sexual abuse of children in the Catholic Church. This was made possible by the simple fact that the men and women of the jury confronted him as a peer, in a system that confers equal rights and responsibilities upon all.

Those who wonder why the Church has been unable to halt the rolling catastrophe of sexual abuse claims need only consider the difference between the American system of law and Catholic justice. Within the Church, ordained men are regarded a special creatures with extra-human powers. They alone conduct the sacraments, such as communion and reconciliation (confession) and they alone can ascend through the clerical ranks to become bishops, cardinals and popes. Their superior status culminates in the pope's claim of infallibility, which places certain of his statements on a par with the voice of God.

Inside the institutional Church, ordination opens the doors to a brotherhood of men who have officially forsworn sex, marriage and children, and embrace the Church as their main source of emotional, spiritual and even financial support. This sacrifice makes many feel entitled to special treatment, and while they may not always get it from laypeople they generally receive it from each other. To put it crudely: priests give priests a lot of breaks. This is why complaints about sexual abuse were so often covered-up and resolved by sending "father" to another post. None of the men in charge wanted to discipline a brother.

Beyond this brotherly privilege, the clerical culture is also a setting for a kind of mutual blackmail that has made the idea that the Church could police itself almost ridiculous on its face.

As many insiders report, the number of priests who actually keep to their vows of celibacy is very small. The rest break their vows -- by having all different kinds of sex -- and typically confess and seek absolution from another member of the clergy. Under these conditions, everyone knows what everyone else is doing, and crimes are ignored or hidden by superiors who don't want to be exposed themselves.

Self preservation can impose a powerful influence on a bishop who has broken his own vows and must deal with complaints against a brother priest. Bishops are also affected by their duty to protect the Church from harm. Many actually swear a formal oath that requires them to keep secret anything that might dishonor the institution. They also pledge their loyalty, not to the people they are supposed to serve or to God, but to the pope. If all this reminds you of the loyalty pledges taken by army recruits, it may be because the Church is not just a religion but a state. The pope is the monarch who governs this state, and he is guided by a system of rules -- called canon law -- that is ill equipped to punish abusing priests. Indeed, the most severe punishment the Church can impose on an abusing cleric is to take away his priestly status, and this is rarely done.

In Monsignor Lynn's case, prosecutors presented evidence that he helped to move priests who had abused minors from parish to parish without informing the public of the danger these men posed to young people. His defense lawyer called Lynn "a yes man at the bottom of the totem pole ... holding the bag for the collective sins of an organization that allowed dozens of pedophiles to harm hundreds of children." Considering the evidence that Lynn's superiors set the policy he followed, this argument was probably factually correct. But it did not absolve him.

The jury's historic verdict marks the first time a higher Church official has been convicted a child endangerment for following procedures that were employed by dioceses across the country as they protected thousands of priest abusers. In exercising their early powers, 12 men and women have put ordained men on notice. They must now known that they are burdened by a duty, higher than any loyalty they feel for brother priests and more powerful than any pledge they make to the pope.

They bear a basic human obligation to protect and not endanger children. And if they fail, at least in America, they may be held accountable by laypeople who, while sitting in a jury box, are most definitely their peers.