The Real Role of These Rabbis - Cleaning The Toilets at Rikers Island! 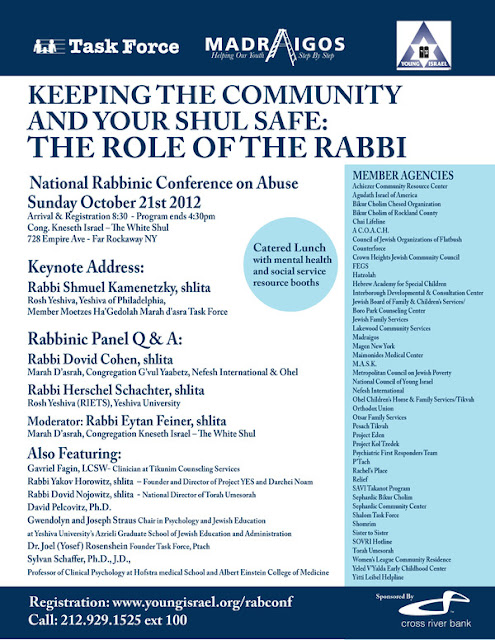 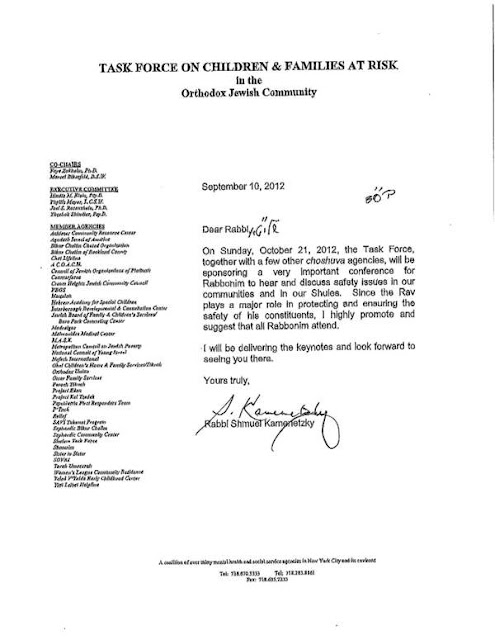 The sponsoring organization has been moribund for over a decade. They are reviving the cadaver to embalm it with their deadly message: "we care, but.........doubt...doubt...consult a rabbi before going to the police.

For all sorts of reasons they manage to ensure that very few cases end up ever being prosecuted.

They are conducting a PR campaign over the bodies of children who will continue to be victimized.

In 2010 Agudah made a fuss about adressing the issue, and they managed to say nothing except, don't really do anything.

See this for an analysis of their position at that late date. Now it is 2 years later and they still are just obstructing justice. http://frumfollies.wordpress.com/2010/12/10/agudah-on-pedophilia-too-little-too-late/