People need to reconsider their roles as neighbors, relatives, and community members when it comes to protecting children who are not their own offspring—even if the parents appear to be religious. 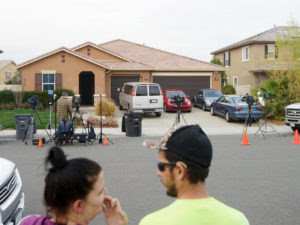 
We hear it time and time again. People express shock and disgust that parents who appear to be religious have been abusing their children. In the horrific case of the Turpin family, police found the 13 children, ages 2 to 29, shackled to their beds, severely malnourished, living in filth, and injured.

They were so thin, police drastically miscalculated their ages; they thought a 17-year-old girl was only 10.

The grandparents hadn’t seen the home-schooled children in 4 or 5 years. But in that time, did they bother to learn how the parents were raising their children? Were there no red flags? Or were they satisfied just knowing that the children were being raised with faith?


Neighbors interviewed in the suburban neighborhood of Perris, California, wondered why they rarely saw the children. Some admitted that a few looked malnourished. When one neighbor saw the children putting up a nativity scene, she witnessed bizarre behavior: The children “froze [as] if by doing so they could become invisible.” And yet no one put in a call to police or CPS?

People need to reconsider their roles as neighbors, relatives, and community members when it comes to protecting children who are not their own offspring—even if the parents appear to be religious.

Of course, stepping into someone else’s private space to report them to authorities is not easy.

(Although keep in mind you don’t have to prove abuse to make such a call.) Coming to the aid of a child who is in distress also is unnerving. I will never forget when I was in line at the post office and I had to beg a woman to pick up her baby who had been screaming for 15 minutes, his face beet red. I was verbally attacked by a stranger who thought what I had done was unconscionable. That was not fun, but at least, for that moment, things were better for the baby because the mother did pick up the baby and the crying ceased.

Yes, I’ve heard all the excuses. “It’s not our place to interfere with another parent’s choice.” “You could cause even more trouble for the child.” “The parent knows what she’s doing.” But let’s be honest. Most people don’t want to assume the role of protector for the simple reason that it’s uncomfortable, embarrassing, and a little scary.

The time has come for us to realize it’s not about us. Maybe if the Turpins’ relatives or neighbors had taken their roles as child protectors more seriously, those children would not have endured what they did.

On January 16, David and Louise Turpin were arrested on nine counts of torture and child endangerment.

You may wonder how the children were saved. It turns out the 17-year-old girl who police thought was so much younger had escaped through a window and called 911 form a deactivated a cell phone. Her siblings owe their sister their lives. But it shouldn’t have been that way.

We shouldn’t have to rely on children to save themselves. That’s our job.

Janet Heimlich is an award-winning journalist and author of the book, Breaking Their Will: Shedding Light on Religious Child Maltreatment. She founded and sits on the board of the Child-Friendly Faith Project.

Do you know of a religious organization that isn’t taking child abuse or neglect seriously? Or is your place of worship doing great things for children? Please let us know your questions, concerns, and ideas by emailing us at:info@childfriendlyfaith.org.