How can you even begin to fix something that almost no one wants to talk about honestly? 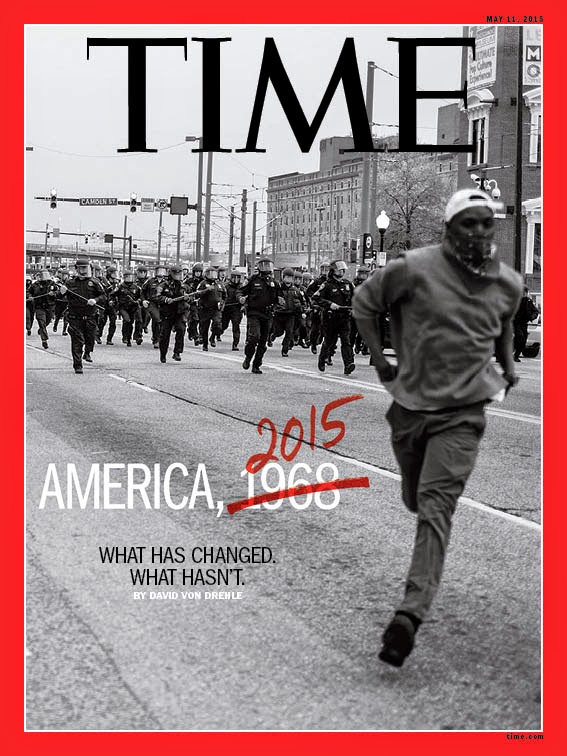 ....Today blacks are about 13 percent of the population and continue to be responsible for an inordinate amount of crime. Between 1976 and 2005 blacks com­mitted more than half of all murders in the United States. The black arrest rate for most offenses — including robbery, aggravated assault and property crimes — is still typically two to three times their representation in the population. Blacks as a group are also overrepresented among persons arrested for so-called white-collar crimes such as counterfeiting, fraud and embezzlement. And blaming this decades-long, well-documented trend on racist cops, prosecutors, judges, sentencing guidelines and drug laws doesn’t cut it as a plausible explanation.

“Even allowing for the existence of discrimination in the criminal justice system, the higher rates of crime among black Americans cannot be denied,” wrote James Q. Wilson and Richard Herrnstein in their classic 1985 study, “Crime and Human Nature.” “Every study of crime using official data shows blacks to be overrepresented among persons arrested, convicted, and imprisoned for street crimes.” This was true decades before the authors put it to paper, and it remains the case decades later.

“The overrepresentation of blacks among arrested persons persists throughout the criminal justice system,” wrote Wilson and Herrnstein. “Though prosecutors and judges may well make discriminatory judgments, such decisions do not account for more than a small fraction of the overrepresentation of blacks in prison.” Yet liberal policy makers and their allies in the press and the academy consistently downplay the empirical data on black crime rates, when they bother to discuss them at all. Stories about the racial makeup of prisons are commonplace; stories about the excessive amount of black criminality are much harder to come by.

“High rates of black violence in the late twentieth century are a matter of historical fact, not bigoted imagination,” wrote Mr. Stuntz. “The trends reached their peak not in the land of Jim Crow but in the more civilized North, and not in the age of segrega­tion but in the decades that saw the rise of civil rights for African Americans — and of African American control of city governments.”

The left wants to blame these outcomes on racial animus and “the system,” but blacks have long been part of running that system. Black crime and incarceration rates spiked in the 1970s and ’80s in cities such as Baltimore, Cleveland, Detroit, Chicago, Philadelphia, Los Angeles and Washington under black mayors and black police chiefs. Some of the most violent cities in the United States today are run by blacks.

Black people are not shooting each other at these alarming rates in Chicago and other urban areas because of our gun laws or our drug laws or a criminal justice system that has it in for them. The problem is primarily cultural — self-destructive behaviors and attitudes all too common among the black underclass. The problem is black criminal behavior, which is one manifestation of a black pathology that ultimately stems from the breakdown of the black family. Liberals want to talk about what others should do for blacks instead of what blacks should do for themselves. But if we don’t acknowledge the cultural barriers to black progress, how can we address them? How can you even begin to fix something that almost no one wants to talk about honestly?

Jason Riley is a member of the Wall Street Journal Editorial Board.