What Defines an American Jew?

CAN YOU TELL THE DIFFERENCE BETWEEN AN ULTRA-ORTHODOX, ORTHODOX, CONSERVATIVE, REFORM... DUSTBIN? 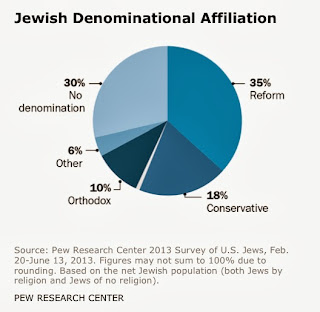 "In the past, high fertility in the U.S. Orthodox community has been at least partially offset by a low retention rate: Roughly half of the survey respondents who were raised as Orthodox Jews say they are no longer Orthodox," said a release from Pew.