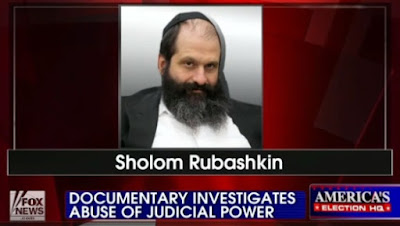 "You won't have Nixon to kick around anymore," Richard Nixon said bitterly at his "last press conference" after losing his 1962 race for governor of California. Nixon proved a poor prophet; Six years later, he was elected president, and Watergate still lay in the future.

Barack Obama made no promises about going quietly into the night upon leaving office. He and his family intend to stay in Washington D.C., and he has served notice that he will not hesitate to speak out on the questions of the day.

Still, as an ex-president, his words will not require my attention, at least until Michelle decides to run for president. I have searched my heart and find no ambivalence about the loss of a frequent subject. My relief at no longer having to write the words "President Obama" is pure.

Before leaving office, however, President Obama provided plenty of last minute material by ordering his U.N. ambassador to abstain on U.N. Security Council Resolution 2334, and by virtue of his exercise of his power to pardon and commute sentences.

He commuted the life sentences of 214 individuals, most convicted drug traffickers, and that of unrepentant Puerto Rican FALN terrorist Oscar Lopez-Rivera, who was responsible for dozens of bombings, at least one fatal. Most notably, Obama commuted the 35-year sentence of Bradley/Chelsea Manning, who turned over to 500,000 military reports and 250,000 State Department documents to Wikileaks, after seven years in prison.

Fox News quoted intelligence sources saying that the "Taliban went on a killing spree" of locals in Afghanistan who matched the descriptions of sources mentioned in the documents passed to Wikileaks. By letting Manning off from 80% of his sentence, writes Andrew McCarthy, the lead prosecutor of the first World Trade Center bombing, the United States has sent a message to all would be intelligence sources that the U.S. treats the reckless endangerment of their lives as a minor crime.
Edward Lucas, author of The Snowden Operation: Inside the West's Greatest Intelligence Disaster, describes how intelligence services go into panic mode whenever a breach is discovered and shut down any operation whose cover may have been blown. Multiple breaches increase the problem exponentially, as every piece of data must be assessed in terms of its utility with other data in enemy hands. Accordingly, the massive amount of data handed Wikileaks by Manning wrought havoc with U.S. intelligence.

The leniency shown to Manning immediately invites comparison to the treatment of Jonathan Pollard, who served thirty years for spying for Israel. When Secretary of Defense Caspar Weinberger submitted his secret impact statement at Pollard's sentencing hearing, he likely believed that documents provided by Pollard had resulted in the exposure of Soviet sources. It has been known for decades, however, that CIA official Aldrich Ames and FBI agent Robert Hanssen sold the names of the American agents to the Soviets, and deflected suspicion to Pollard. Ames was not arrested until 1994, eight years after Pollard's sentencing, and Hanssen until 2001.

Jonathan Pollard committed serious crimes and was punished far more severely than any operative ever convicted of transferring information to an American ally. Even today, after his release from jail, he remains subject to onerous conditions, including that he wear an electronic transmitter around his wrist and that any computer he uses be subject to continuous government monitoring (a condition that prevented him from securing employment.)

Jonathan Pollard has long since ceased to constitute a security risk, according to former CIA Director James Woolsey; unlike Manning, he did not act to harm the U.S. military; he did not cost the United States valuable human intelligence assets, as did Manning; and he paid a price over four times greater than Manning.

President Obama should have removed the onerous restrictions remaining on Jonathan Pollard, as he did for Manning. President Trump should do so today.

The commutations issued by Obama call to mind another federal prisoner as well: Sholom Mordechai Rubaskin. Obama believes that the statutes under which the convicted drug traffickers were sentenced – sentences legislated in large part at the insistence of the Black Congressional Caucus alarmed by the crack epidemic in black neighborhoods – were too onerous.

But the 27-year sentence handed down to Rubaskin for fraud on a bank loan application was almost entirely the result of prosecutorial abuse. Under federal sentencing guidelines the sentence was based on the financial damage to the bank in question.

Federal prosecutors told the trustee in bankruptcy that they would nix the sale of Agriprocessors to any entity with a connection to Rubaskin family members. As a consequence, one potential offer of $40 million for the bankrupt business, which would have been adequate to pay off the entirety of the bank losses, was withdrawn, and the business eventually sold for less than a quarter of that amount. Those same prosecutors then suborned false testimony from counsel for the trustee in bankruptcy to cover up what they had done.

Four former U.S. attorneys-general, two former FBI directors, and dozens of law professors and former justice department officials have written to the U.S. Attorney for the Northern District of Iowa calling upon him to remove the effect of the fraud perpetrated by prosecutors in his office. In the absence of that fraud, Rubashkin would have been sentenced to under four years: He has already served more than seven.

The drug traffickers were sentenced under the mandatory sentencing requirements in place at the time of their convictions. Sholom Rubaskin was sentenced so harshly solely because of prosecutorial fraud.

President Trump should commute the rest of his sentence immediately and remove the stain on American justice.