They get to move across the country, start a new life, and are presented a plateful of new women. Women who have no idea. Congregations that have no idea. Even when you stare us down with gag orders and secret meeting or trials. These men still find our weakness.... 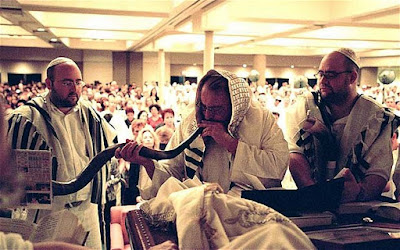 ..."At first, I said no to his advances, but his wanting me felt so good, and I was so hungry. We lived in different states, but he was going to a rabbinical conference close to me, so we decided to meet. It was the start of an affair that soon became twisted and dark. He’d call me from strip clubs, and text me as he walked onto the pulpit for Friday night services. We met again while he attended another conference. He took me to dinner and drinks all on his synagogue’s dime. Soon, he grew darker.


He stopped calling me by name: I was now bitch, slut, mistress.

And then one day, he sent me pictures of his wife without her knowledge. There are no words for that type of violation. I should have stopped then. I should have stopped for his own marriage, but most of all, I should have stopped for her. When I tried to speak up, he reminded me of his importance in the Jewish community. I was scared. I was scared to lose my own friends and ruin his life. And then, my husband found our texts, and threw me out. And then the rabbi turned his back. I lost everything bit by bit. It ate at me. His world stayed the same and mine was destroyed. His wife found out, and she didn’t leave.  Eventually, I went to the head of the ethics committee of the movement. He took my story and was kind, but nothing happened. I had to be the one to decide if they would start an investigation. The decision plagued me. I had to reach out to a therapist.

And then I learned that I wasn’t the only one. And I learned from other people that he wasn’t the powerful man he pretended to be. He needed to be stopped, and I had to be brave.

More than anything, I felt obligated to stop him from hurting other women.

We forget that predators who take advantage live among us. Whether they live inside our own homes, or stand on high at their pulpit. They ruin our lives and many times get to move on with theirs. Even when they get a slap on the hand; even when they get kicked out of their movement. Even when they get 6 years; if they hurt 1 woman or 152.

They get to move across the country, start a new life, and are presented a plateful of new women. Women who have no idea. Congregations that have no idea. Even when you stare us down with gag orders and secret meeting or trials. These men still find our weakness.

The sisters that spoke up about Josh Duggar are brave. The women who spoke out against Rabbi Freundel are brave. I wish the rest of us ruined by certain rabbis were strong enough to do the same.