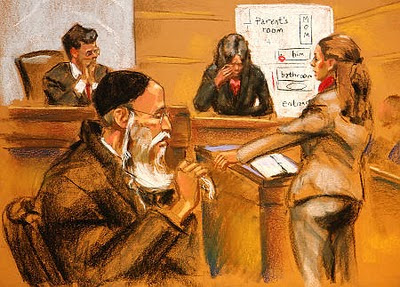 A Hasidic rabbi who defended himself against charges of molesting his daughter over a seven-year period was convicted on all counts Wednesday by a jury in Brooklyn Federal Court.

The victim, now 27, was escorted into the courtroom by U.S. marshals for the verdict, and sat in the front row opposite six siblings, ages 13 to 23, who support their father Israel Weingarten.

Showing no emotion after he was found guilty of transporting the victim to Belgium, Israel and New York to commit sex crimes against her, Weingarten complained to the judge that he did not have time to prepare for the trial.

Weingarten faces up to 50 years in prison when he's sentenced by Judge John Gleeson on April 3.

The victim dresses in modern clothes, wears makeup and has left the Satmar sect. She agreed to speak to reporters and was asked how she felt being cross-examined on the witness stand by her father.

"Like being molested again," she said. "He thought he still had power over me. I think it was cruel to do that to me."

The victim was adamant about being in the courtroom for the verdict. "I've been waiting my whole life for this," she said. "I didn't think the day would come when there would be justice, and I had to see it with my own eyes."

The mother and a brother of the victim testified on her behalf, with the mother saying she caught the pair in bed once and the brother saying their father had brainwashed them. They were not in court Wednesday, but the other six of Weingarten's children lashed out at the victim, their mother and the government.

Another sibling, Chayeh, who testified that her mother molested the victim, said they will hire a lawyer to appeal the conviction.

Brooklyn U.S. Attorney Benton Campbell called the verdict "an important vindication for victims who have the courage not only to survive the ordeal of sexual abuse, but to come forward despite outside pressure." 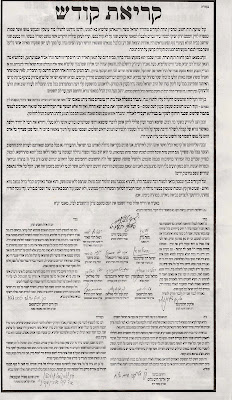