In Israel, (the home of Avrohom Mondrowitz, perhaps the worst child rapist ever, that Israel refused to extradite to the U.S. for trial) people who want to work in schools and with children are often asked to provide a teudat yosher from the police, which states that the person is a citizen of good standing who does not pose a risk to children’s welfare....But because the list only relates to convictions in Israel, someone who was convicted of sex crimes in another country could obtain this document in Israel, clearing them to work with children.

Ilan Levy-Neumand wanted for abusing 8 girls at his equestrian center in 1987-2001; after fleeing to Israel, he employed minors at stable he built in West Bank 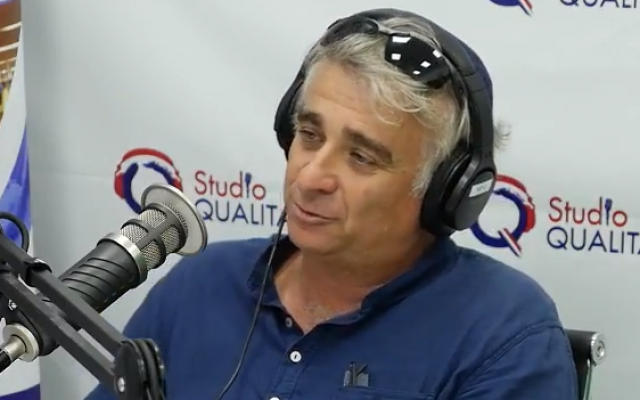 Ilan Levy Neumand speaks during a radio interview on October 31, 2017
Israel has arrested a resident of the Tekoa settlement who was convicted in absentia of sexually abusing teenage girls at his equestrian center in central France, the Jerusalem District Attorney’s Office announced Tuesday.

In 2016, France filed an extradition request upon learning that Ilan Levy-Neumand — who fled the country in 2002 after being briefly detained for questioning regarding allegations that he had committed sexual offenses against girls aged 14-18 between the years of 1987 and 2001 — was in Israel

“According to the complainants’ testimonies, from 1987 until he left the farm in 2001, the wanted person took advantage of his position at the ranch to commit sexual offenses against a large number of girls… who came to the farm to learn riding. Some of the complainants were employed by Levy-Neumand as babysitters for his children,” a statement from the district attorney’s office said.


In 2004, Levy-Neumand established a new horse stable in Tekoa, south of Bethlehem, where he employs teenage girls, according to residents of the settlement.

In 2010, he was convicted in abstentia after eight students testified against him. Levy-Neumand was sentenced to 15 years in prison. It took six more years for France to track him down in Israel, where he had since become a citizen. 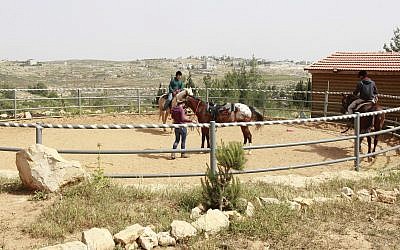 Illustrative: A horse stable
A spokeswoman for the Jerusalem district attorney’s office said that while France had indeed submitted a request for extradition in 2016, such appeals take time to process. She said authorities are not aware of any allegations made against Levy-Neumand since he moved to Israel.

After Levy-Neumand was arrested on Sunday by the Israel Police in cooperation with Interpol, the State Attorney’s Office’s International Affairs Department filed a petition to the Jerusalem District Court requesting that Israel accept France’s extradition request.

The state attorney’s office said that if Levy-Neumand is extradited, he will be entitled to a new trial in France.

On Tuesday, the alleged sexual predator will be brought before a judge for his remand hearing. The prosecution will request that he remain behind bars until the end of proceedings against him.

However, the process is likely to take time. In 2014, Australian authorities filed a request for the extradition of Malka Leifer, who faces 74 charges of child sexual abuse from her time as a headmistress of the Adass Israel ultra-Orthodox girls’ school in Melbourne.

Leifer, an Israeli citizen, booked a red-eye flight with her family to Tel Aviv in 2008, following a heads-up from Adass officials days before the allegations against her surfaced.

After spending several years in the ultra-Orthodox town of Bnei Brak, 51-year-old moved to the isolated settlement of Emmanuel in the northern West Bank where she lived until she was arrested shortly after Australia’s extradition request. However, she was subsequently released to house arrest, with her attorney arguing that she was too mentally ill to stand trial. 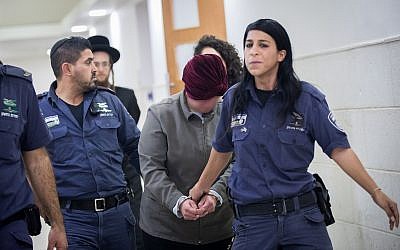 Former Australian principal Malka Leifer, who wanted in her home country for child sex abuse crimes is seen at the Jerusalem District Court, on February 14, 2018
In 2016, the Jerusalem District Court froze the extradition process entirely, accepting the conclusions of a state psychiatrist who found Leifer to be catatonic. All restrictions on the former principal were subsequently lifted.

But in February 2018, Leifer was rearrested on obstruction of justice charges after private investigators filmed her going about her normal routine without any apparent difficulty.

A state psychiatric examination submitted to the Jerusalem District Court in August deemed Leifer fit to continue facing an extradition hearing. However, the judge agreed to her attorney’s request to allow for additional medical experts to testify regarding the suspect’s mental state. The hearings have dragged on for months and are expected to re-convene in March.

Last year, The Times of Israel learned that Leifer had briefly been allowed to teach at one of the elementary schools in Emmanuel.

In Israel, people who want to work in schools and with children are often asked to provide a teudat yosher from the police, which states that the person is a citizen of good standing who does not pose a risk to children’s welfare.

But because the list only relates to convictions in Israel, someone who was convicted of sex crimes in another country could obtain this document in Israel, clearing them to work with children.

Posted by Paul Mendlowitz at Thursday, February 07, 2019 No comments: