“There doesn’t appear to be a sense of outrage in the community,”

Ramapo Detective Sgt. John Lynch said in 2007 that police are aware of unreported cases of sex abuse in New Square but face significant obstacles in getting victims to sign a complaint. / The Journal News

Rockland County District Attorney Thomas Zugibe is shown in his office Dec. 30. Zugibe spoke about sexual abuse in New Square and the ultra-Orthodox Jewish community. He talked specifically about the challenges in getting members of the community, who have a distrust of secular authority, to speak to outsiders about instances of sexual abuse. / Seth Harrison/The Journal News

“It’s well known in that community; it’s well known who the perpetrators are,” Lynch said. “But we have not had people who come forward, sign complaints and are willing to testify in court.”

He blames this largely on New Square’s leadership, which established a community group, the Vaad, to handle sex-abuse allegations in-house.

“Why do they stand for it? We can’t understand,” Lynch said. “We try to apply our logic and theories of right and wrong. They have a totally different reaction and a different way of looking at it.”

Ramapo detectives, for instance, suspect that one man who was once part of Grand Rabbi David Twersky’s inner circle has preyed on numerous boys over at least a decade, Lynch said. They’ve spoken to some of the alleged victims, but none is willing to press charges.

“There doesn’t appear to be a sense of outrage in the community,” Lynch said. “We sit here in knots thinking how we can never allow this to happen to our kids, yet it happens in the community.”

The problem isn’t confined to New Square. Ben Hirsch, co-founder of Survivors for Justice, a Manhattan-based group that helps sex-abuse victims overcome intimidation, said there is a widespread cover-up of abuse in several other ultra-Orthodox communities including Williamsburg, Brooklyn, Kiryas Joel in Orange County and Lakewood, N.J. 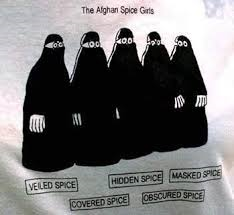 New Square Vaad
In New Square, the Vaad sends alleged victims and abusers to therapists, without reporting crimes to outside authorities.

It was formed with direction from several psychologists with OHEL Children’s Home and Family Services, a Jewish social-service agency based in Borough Park, Brooklyn, that critics say has shielded child molesters brought there for treatment by rabbis.

In a 2011 exposé, the New York Jewish Week documented a case in which the agency failed to call police about a patient who’d been sexually abusing her young son, and reported that the agency is known for doing “more to protect the reputation of the community than the safety of its children.”

Rockland District Attorney Thomas Zugibe said some community leaders and rabbis lean on families and victims to stay away from authorities and not press charges.

Many people who defy the edicts of community leaders see their children kicked out of religious schools. The families also are ostracized — with the men denied a place in synagogue — and become targets of protests to force them out of New Square.

“We’ve told the community if they fail to take action (against sex offenders) they are creating another generation of victims,” Zugibe said.

“In many cases, the victims become offenders. That’s a big reason they can’t let these guys go and not prosecute,” he said.