"According to the Jewish People Policy Institute, only 23 percent of Jews believe that a rabbi should have the final say on who is and who isn't a Jew." 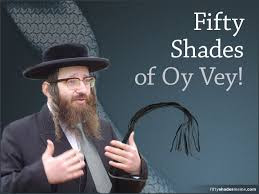 According to the Jewish People Policy Institute, only 23 percent of Jews believe that a rabbi should have the final say on who is and who isn't a Jew.

Most Jews do not believe rabbis should have the authority to determine who qualifies as a member of the faith, and even among the Orthodox, only a slight majority do.

According to a report published on Monday, 37 percent of Jews worldwide believe that local communities should be the final arbiter of who is a Jew. Another 30 percent would have individuals decide for themselves, and only 23 percent think the question should be determined by rabbis. A small minority of 6 percent believe the state of Israel should have the final say in this thorny matter.

The report, published by the Jewish People Policy Institute, a Jerusalem-based think tank, was based on responses received from 715 participants in dialogue groups held in March and April this year in Israel, the United States, Australia, the United Kingdom, Brazil and Switzerland. The majority of the participants were from the United States.

Among Orthodox Jews, 54 percent said rabbis should be left to determine who is Jewish.

Among Conservative Jews, it was 24 percent, and among Reform Jews, only 10 percent.

In Israel, it is the Orthodox rabbinical establishment that determines who is a Jew for the purpose of marriage.

When questioned whether Israel should consider views of non-Israeli Jews when determining who is considered Jewish in Israel, only a tiny minority of 6 percent of the respondents said the state need not take into account their views.

Still, 57 percent of the participants said it was “necessary to have a broadly accepted understanding of who is a Jew.”

On the question of whether a conversion by a Reform or Conservative rabbi should be considered legitimate, Israelis seemed to be far more rigid than their counterparts abroad. They were the only group in which a large portion of the participants (44 percent) objected to some degree or another to non-Orthodox conversions.

Asked whether they “strongly agree” that Israel’s definition of a Jew is an “insult” to Diaspora Jewry, more than 20 percent of Conservative Jews and more than 30 percent of Reform Jews responded in the affirmative.