"This means malicious gossip, evil tongue and waste of time, all prohibited by the Torah"...Except for Rabbi Perlow of course... 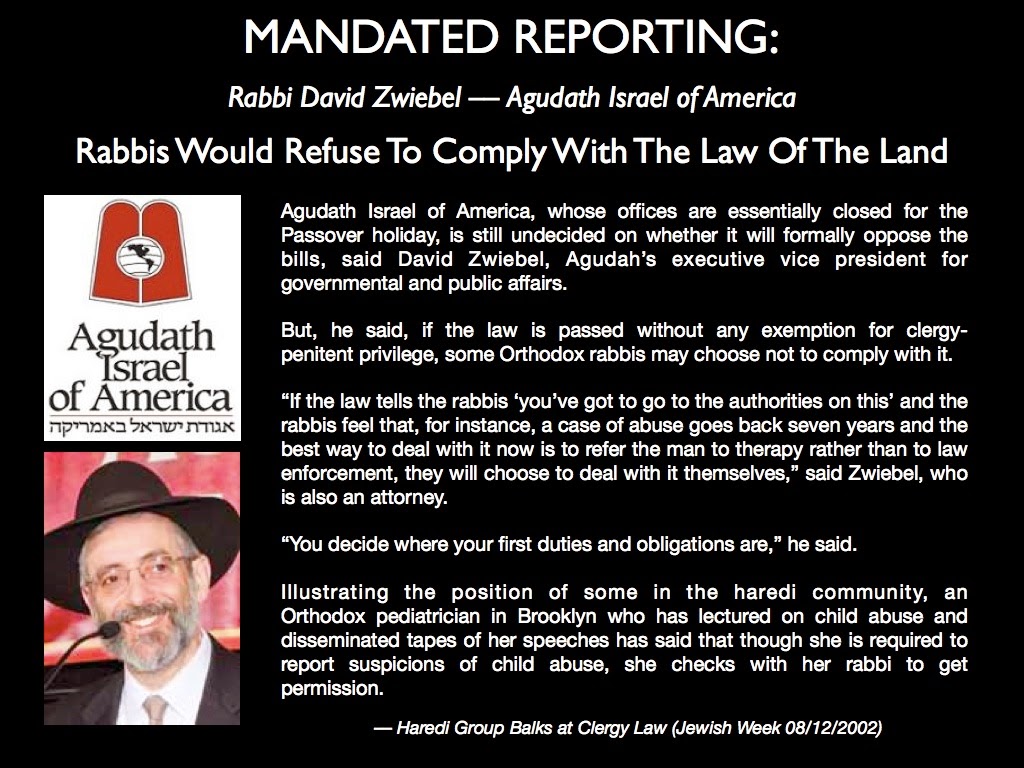 EXCERPTS FROM THE NEW YORK TIMES:

"Rabbi Perlow offered a shower of condemnation for Reform and Conservative Jews, who he said were among those who “subvert and destroy the eternal values of our people." These movements, he said, “have disintegrated themselves, become oblivious, fallen into an abyss of intermarriage and assimilation.”“They will be relegated,” he added, “to the dustbins of Jewish history.”

This was a striking statement because a majority of the Jews in this city identify as non-Orthodox. The mayor himself proudly celebrates his own mixed-race marriage.Mr. Zwiebel was a key figure in the last decade as hundreds of child sex abuse cases were reported in Brooklyn’s ultra-Orthodox community.

Mr. Zwiebel told the authorities that his ultra-Orthodox leaders were offering this advice to their followers:If a rabbi tells a follower not to go to the authorities, under religious law, that follower must follow that ruling.The lack of moral clarity was striking, and time did not enrich Mr. Zwiebel’s perspective.

Two years ago, he talked of the ultra-Orthodox dissidents who spoke up on sexual abuse. This, he said, is “it’s rechilus, lashon hara, and bittul zman.” This means malicious gossip, evil tongue and waste of time, all prohibited by the Torah.