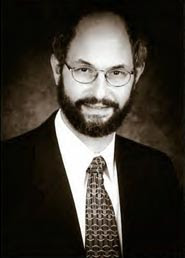 TO ALL SURVIVORS OF ARON TENDLER – WE NEED YOUR HELP!

"I have been after Aron Tendler for over 5 years. I have pleaded with major rabbis (who knew what he had done and was doing) to stop him - they refused to help. When I went to a very well known rabbi/psychologist and told him of a "rabbi" who had severely molested teenage girls and who was now a rabbi of a shul, the rabbi replied "maybe he doesn't have access to children!!!" I pleaded with him to intervene - He would not. This rabbi would not even let me tell him Tendler's name!

When I went to a well known Rabbi of a well known yeshiva for advice (I had not told him who it was yet, only that he was a rabbi in California) he told me I should talk to Aron Tendler about it and he would be able to do something. He told me I could trust Aron completely.

I told him that I couldn't do that since Aron Tendler was the one I was talking about.

I pleaded with him to intervene and get him away from the shul and possible future victims. He would not.

I spoke to a rabbi from the RCC several times over the last 5 years. Each time he pushed me off saying they were looking into it. Then he told me that the RCC couldn't do anything because in exchange for Aron stepping down from the RCC, they signed a confidentiality agreement with him. When I called him another time he told me that the shul board was looking into it and that he had in his possession an inappropriate email that Aron had sent to his daughter's friend, BUT "he didn't think he had enough to do anything with it."

A year ago Aron came to Baltimore – he tried to buy a house here. Certain people in the community were able to stop him from doing so. He told the rabbis that he had received "in- patient therapy" and was "rehabilitated." The rabbis said that he still could not stay because there were victims of his in the vicinity and it would cause them great distress. He promised that he would not move there and that he would find somewhere else to live. I kept on asking the rabbis if he was still there – they said he was in the middle of moving out.

THAT WAS A YEAR AGO.

He has not moved anywhere.

He even had his address changed to a Baltimore address. He has been living with his daughter until now and has no intention of moving anywhere. I went back to the rabbis and "they told me that they are not sure what they can do at this point." How can this be happening????? No one in Baltimore has been told about this man. He is free to go wherever he wants and to interact with whomever he wants.

I am a victim of rabbinic abuse myself. I know the devastating effect this has on survivors. I know how to stop this but I need your help! Please contact me at - stoptendler@gmail.com. - You don't need to tell me who you are – you just need to hear my solution. We need to protect potential victims and we need to help heal his many survivors. We need to show the rabbis that we will not tolerate their weakness and inabilty to protect our community from sexual predators, here in Baltimore, or anywhere."
Posted by Paul Mendlowitz at Tuesday, July 22, 2008 146 comments: 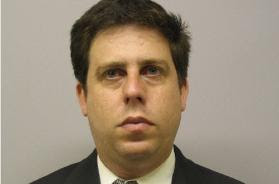 RIVER EDGE — A former middle school basketball coach convinced at least four teenage boys into taking naked pictures of themselves by claiming that a group of blackmailers already had nude shots of the boys and their families, authorities said today.

Melzer, who was a basketball coach at the school, told the boys the only way to prevent the group from publishing the photos was for the boys to take naked pictures of themselves with digital cameras that Melzer supplied, Molinelli said.

Melzer claimed he would forward these pictures onto the blackmailing crew, and the crew members would in return give him the pictures they had taken of the boys and their families, authorities said.

All four boys took photographs of themselves and gave them to Melzer.

Joseph Macellaro, chief of detectives for the Prosecutor’s Office, said he was unsure of how many photos Melzer collected.

“He used his position of authority and respect to gain access to very personal photographs,” Molinelli said Monday.

School and law enforcement officials said Melzer told the ruse to two separate pairs of boys in 2006 and 2007. All four, who were between the ages of 14 and 16 at the time, were recent graduates of the Kinderkamack Road school.

Melzer, who had been their basketball coach while they were students, took them on as volunteer referees after graduation, authorities said.

The school’s dean, Rabbi Schmuel Goldstein, said he was shocked by the allegations and described Melzer as popular and well-liked. Melzer was a coach the past four years and had already decided not to return next year for scheduling reasons, Goldstein said.

“There were never any accusations while he was coach,” Goldstein said. “Certainly if there were any concerns we would’ve responded quickly.”

Melzer, who is married, turned himself into county authorities Friday at the Prosecutor’s Office’s office in Paramus, authorities said.

Calls made to his Briarcliff Road home were not immediately returned Monday.

Molinelli said Melzer also told his victims that the fictitious crew also sought pictures of the boys’ sisters and mothers in various states of undress.

The investigation began recently after one set of victims heard the other set speaking about the Melzer incident. All four are now high school students, though authorities wouldn’t specify at which schools.

“It’s definitely out of the ordinary. I haven’t seen this before,” the prosecutor said. “But in the area of sexual predators, I’m never surprised.”