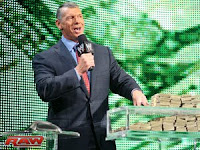 Lifted in its entirety from the - New Jersey Turnpike road scholars - at Yeshiva World!

The modern electronic ovens presently being sold are no longer simply ovens that cook, but rather sophisticated, computer driven electronic marvels. While in the past, the Halochos pertaining to using ovens on Shabbos and Yom Tov were pretty straightforward, nowadays simply opening and closing the ovens can entail violations of Shabbos and Yom Tov.

The “Sabbath Mode” on many of the ovens sold today actually do resolve many of these issues, and is very useful.

However, utilizing the “Sabbath Mode” to raise or lower the temperature on Yom Tov is a matter which has been presented to the Gedolei HaPoskim and they have all unequivocally rendered their decision that it is absolutely forbidden to utilize that feature on Yom Tov.

Having seen the written explanation for the basis of the leniency, HoRav Yosef Sholom Elyashiv Shlit”a, HoRav Shmuel Wosner Shlit”a, HoRav Nisim Karelitz Shlit”a and HoRav Moshe Sternbuch Shlit”a all signed that it is strictly forbidden to rely on this leniency on Yom Tov.

In addition, when a written lenient opinion (”Daas Yochid”) was presented to local Rabbonim, they were also unanimous in their decision that it is forbidden to utilize that feature on Yom Tov.

HoRav Feivel Cohen Shlit”a corresponded with HoRav Elyashiv shlit”a and also expressed his opinion that one cannot rely on the leniency.

Erev Rav Yisroel Hazmana Halevi responded publicly that it is forbidden to adjust the temperature on these ovens, but Yudi Kolko should be reinstated as a rebbe at Yeshiva Torah Temimah.

Rabbi Shmuel Fuerst, Av Bais Din of the Agudah in Chicago also publicly forbade the adjustment of the temperature on Yom tov.

Rav Moshe Shternbach Shlita forbids its use as well.

The following is a translation of the Kol Koreh by a Rov and Posek that was not paid off by Heinemann:

The development of “Sabbath Mode” operation of ovens seeks to permit the raising and lowering of oven temperatures on Yom Tov. The change in temperature settings is accomplished by pressing keys on a keypad that is connected to the microcontroller built into the oven. Pressing the keys while in “Sabbath Mode” does not result in an immediate change in oven temperature nor does it have any other observable effect. Allowing this activity is based on the presumption that pressing the keys is merely a “Grama” and is therefore permitted on Yom Tov.

In our opinion, pressing the keys on Yom Tov is strictly forbidden since pressing a key immediately closes an electrical circuit and instructs the microcontroller to carry out an action. Pressing the key is forbidden just as all manipulation of electricity is forbidden on Shabbos and Yom Tov either because of “Makeh B’patish” or because of “Mesaken” as described in Igros Moshe (vol.3 §42 and vol.4 §84) whereby there can be a Torah violation immediately upon pressing the key even if no “fire’”is created. This operation is not considered “Grama”. [Furthermore, according to a number of authorities, “Grama” does not apply to situations where the eventual outcome is intentional.]

In our opinion, use of “Sabbath Mode” to change the temperature of an oven on Yom Tov represents an assault on the sanctity of Shabbos and Yom Tov and will lead to deterioration in their observance. We hereby declare that one may not rely on “Sabbath Mode” operation to adjust oven temperatures on Yom Tov despite the presence of a Hechsher on these ovens.

To all of the above we affix our signatures:

I have seen the lengthy words of the Rov that permitted the above and they are Halachically incorrect and it is clearly forbidden. - (HoRav) Nisim Karelitz

There is no Heter for the above, nor will Grama accomplish here.
I affix my signature, awaiting the redemption. - (HoRav) Shmuel Wozner

Surely, one is obligated to protest this leniency with all our might. Such leniencies are a great degradation in the foundation of Shmiras Shabbos and those that are careful with the honor of Shabbos will bring an eternal Brocho upon themselves. - (HoRav) Yechezkel Roth, Head of Karlsbad Bais Din

Aside from the actual prohibition, there lies herein a breach in the wall of Shmiras Shabbos and Yom Tov through which the Jewish nation is sanctified thoughout the generations. - (HoRav) Yaakov Horowitz, Rav ,Telz Minyan

The $tar-K has just released the following statement:

Rav Heinemann, $hlita, $tands by his P$ak that it is permi$$ible to raise and lower temperatures on Yom Tov on ovens equipped with that particular $abbath Mode feature.

The Hancocker Rebbe - Moreinu Chaim Big-Boich Rubin adds his endorsement to any oven that works!