Crime for minister/rabbi to have sex with someone who is seeking spiritual aid — even if minister/rabbi doesn’t know that this is why the person came to him... 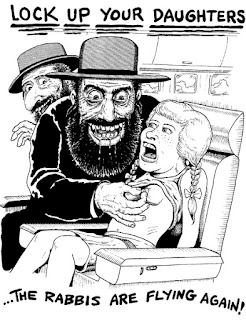 That’s what the Minnesota Supreme Court just held Wednesday in State v. Wenthe. Indeed, the minister could be guilty even if he had no reason to know that the person came to him seeking spiritual aid. So if you’re a minister (or a rabbi or anything else), someone — acquaintance or stranger — comes to you to talk, one thing leads to another, and you have sex, you are guilty of a felony if the reason the person approached you was to seek “religious or spiritual advice,” even if that person never stated that desire before you had sex.

The relevant Minnesota statute provides that it’s a felony if

By analogy, then, sex during a clergy counseling session would be a crime. (Other provisions also make it a crime for clergy or psychotherapists to have sex with people with whom they have an ongoing counseling relationship, even if the sex doesn’t occur during a counseling session.) And the court could have interpreted the statute as applying in situations where there really is a clear counseling session, because the clergy member knows that he is being approached for counseling purposes. (Inferring a required mental state into a statute that is silent on the subject is quite normal in American law.)

But the Minnesota Supreme Court held, by a 4-1 vote, that no mental state is required. Thus, if someone comes to a clergy member — again, it needn’t be that person’s regular clergy member — seeking religious or spiritual advice, and the two have sex, the clergy member is a felon.

And that’s so even without the government having to show that you knew or had reason to know that you were being approached for such advice. Indeed, the dissent expressly called for reading the statute as requiring such a showing, and the majority expressly rejected the dissent’s argument.

The dissent, it seems to me, has the better statutory interpretation argument. As I mentioned, a general rule of statutory interpretation provides that statutes should be read as requiring at least some culpable mental state for each element, at least when otherwise perfect legal behavior — indeed, here quite likely constitutionally protected behavior (two adults having sex, without any counseling relationship) — would become a serious crime based on just a reasonable mistake on the defendant’s part. There are some exceptions to this, for instance (in many but not all states) for mistake of age in statutory rape cases; but those are exceptions, rather than the rule.

The dissent’s argument is a bit overstated; the dissent claims that the element that makes the conduct a felony — “that the complainant seeks or receives spiritual counsel” “is wholly subjective and may be impossible for the clergy member to ascertain.” In practice, I think that the clergy member often could ascertain it by asking the prospective sexual partner just why the partner approached him.

But I think that calls for a level of investigation that many reasonable people don’t engage in before having sex (again, whether with strangers or acquaintances). And as I read the statute, even if the clergy member asks “by the way, did you come to see me because you wanted spiritual advice?” and the other person says “no” — but is lying (perhaps because she’s shy or embarrassed about her true reasons), because that indeed was the reason for the initial approach — the clergy member would still be guilty. In that respect, the dissent’s argument that the complainant’s purpose is “impossible … to ascertain” may be accurate, albeit in fairly rare circumstances.

So this strikes me that the statute was written too broadly, the court interpreted it too broadly, or both. Whatever one might say about the impropriety of clergy-parishioner sex (and I’m personally skeptical that it should be made a crime, but that’s a separate matter), the statute as interpreted goes far beyond such behavior.