It is all of our responsibility to make sure that our own children are safe and the children in our community are safe.

It is all of our responsibility to make sure that our own children are safe and the children in our community are safe.

It has come to my attention that Mendel Tevel is back in Los Angeles - he is a convicted Child Sex Offender.

We all need to ensure that he does not engage with children anywhere (Shuls, schools etc...) in a way that would put them at risk. Please spread the word.

If any illegal activity is observed, legal authorities must be informed immediately!

Please see the Psak Din signed by many Rabbonim: https://issuu.com/jewishpress.com/docs/kol_koreh?e=0

May we share only good news,
Rabbi Moshe Kesselman

"And I should probably add a cop killer or two on here just to round out my options.” 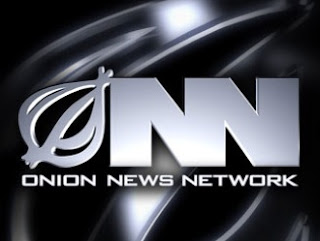 NEWS IN BRIEF February 15, 2016
Vol 52 Issue 06    News · Supreme Court · Barack Obama
WASHINGTON—Moving quickly to begin the process of filling the unexpected vacancy on the Supreme Court bench, President Obama spent much of the weekend compiling a shortlist of gay, transsexual abortion doctors to replace the late Antonin Scalia, White House sources confirmed Monday. “These are all exemplary candidates with strong homosexual values and proven records of performing partial-birth abortions, but am I missing anyone?” Obama reportedly asked himself while reviewing his list of queer, gender-nonconforming, feminist Planned Parenthood employees, all of whom were also said to be black immigrants. “I definitely have enough post-op transsexuals on the list, but it is a little light on pre-op candidates. And I should probably add a cop killer or two on here just to round out my options.” Sources later confirmed that Obama was attempting to rapidly narrow the list down to the single best nominee to submit to the Senate in hopes of wrapping up confirmation hearings before his choice had to leave to attend the Hajj pilgrimage. 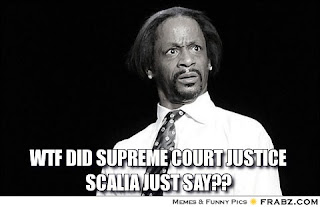 Washington (CNN)The Supreme Court on Friday released audio of controversial comments made by Justice Antonin Scalia suggesting that some African-Americans might be better off at "less-advanced"universities, language that has caused a national uproar and spurred condemnation from elected officials including Senate Minority Leader Harry Reid and Rep. John Lewis.

"There are those who contend that it does not benefit African-Americans to get them into the University of Texas where they do not do well, as opposed to having them go to a less-advanced school, a slower-track school where they do well," Scalia said Wednesday during oral arguments in a case involving a race-conscious college admissions plan. The 79-year-old justice, speaking to a hushed courtroom, then referenced a friend-of-the-court brief filed in the case. "One of the briefs pointed out that most of the black scientists in this country don't come from schools like the University of Texas," he said, "they come from lesser schools where they do not feel that they're being pushed ahead in classes that are too fast for them."