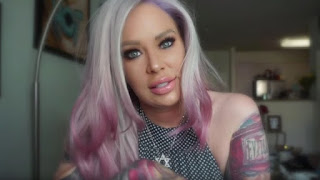 "We live at a time when intermarriage rates in the diaspora are at an astronomical level and show no signs of declining. We live at a time when thousands of people would be willing to turn to Orthodox rabbis for halakhic conversion-if only we presented a halakhic framework for giyyur that is meaningful, accessible, and respectful to the needs and concerns of the proselytes themselves. Local Orthodox rabbis, using their own knowledge of each case on a personal basis, are far better equipped to deal with the challenges of giyyur today than rabbinic bureaucracies."


The Jewish community underwent cataclysmic changes during the course of the nineteenth century. While most of world Jewry was religiously observant in 1800, a large majority were no longer devoted to halakhic tradition by 1900. Nineteenth-century Orthodox rabbinic leadership had to cope with the rise of Reform Judaism, the spread of Haskala, the breakdown of communal authority over its members, the defection of Jews from Torah and mitzvoth-and from Judaism altogether.

The dramatic erosion in religious observance led to various responses among 19th century Orthodox rabbis. Rabbi Moses Sofer (1762-1839), known as the Hatam Sofer, was recognized as the most authoritative Orthodox voice who shaped traditionalist opposition to Reform Judaism and, indeed, to all those who challenged the hegemony of halakha. He believed that deviators forfeited their right to be considered as proper Jews.[1]

He wrote: "If we had the power over them, my opinion would be to separate them from us [our borders], we should not give our daughters to their sons and their daughters should not be accepted for our sons so as not to be drawn after them. Their sect should be considered like those of Zadok and Boethus, Anan, and Saul, they among themselves and we among ourselves." [2]

The Hatam Sofer argued forcefully for maintaining the sanctity of every law and tradition. He is famed for his aphorism "hadash assur min haTorah", by which he meant that the Torah forbids innovations i.e. reforms. His hashkafa (religious worldview) identified Jewishness with scrupulous observance of Torah and mitzvoth and acceptance of the halakhic way of life.

Although the Hatam Sofer's position was dominant, other Orthodox voices called for a more tolerant attitude toward those who veered away from the halakhic way of life. Rabbi David Zvi Hoffman (1843-1921), the leading figure in Berlin's Adass Jisroel Orthodox community, favored a "cooperative separatism" i.e. the Orthodox needed to maintain their distinctiveness, but also had to find ways of cooperating with the non-Orthodox. [3] In an earlier generation, Rabbi Yaacov Ettlinger (1798-1871) had sought to ameliorate the halakhic status of the non-observant Jew through the classification of "tinok shenishba"-comparing the non-observant Jew to a Jewish child who had been captured and raised by non-Jews and who therefore could not be held responsible for ignorance of Jewish laws and customs.[4] Thus, while the non-Orthodox masses certainly fell short of Jewish religious requirements, they should not be rejected out of hand; they simply did not know any better. This halakhic argument fostered a more sympathetic approach than that taken by Orthodox isolationists.

Both the hard-line and the more tolerant Orthodox rabbis were pious and learned Torah scholars. Both groups sought support for their views in the Talmud and halakhic literature. Why did they come to different conclusions? Their differences did not stem, I believe, from different interpretations of halakhic texts. Rather, their halakhic stances reflected different hashkafot (religious worldviews) and different evaluations of how to address the challenges that faced them. The Hatam Sofer viewed Torah-observant Jews as the "real" Jews, and the non-observant Jews as betrayers of Judaism who had to be de-legitimatized. For true Judaism to flourish, it was necessary for Orthodoxy to separate itself to the extent possible from the non-Orthodox. The spokesmen for a more conciliatory Orthodoxy focused on the principle that all Jews-religiously observant or not-are part of the Jewish people and need to see themselves as members of one peoplehood. Thus, ways had to be found to bridge the gaps between the Orthodox and the non-Orthodox.

As Orthodoxy continued to lose ground to the non-observant Jewish population, the rejectionist position gained traction within the mitzvah-centered community. The opinion hardened that strong measures were needed to insulate Torah-true Jews from their sinful brethren, and to distinguish between those who observed the mitzvoth and those who rebelled against Torah.

As the hard-line position gained sway regarding non-Orthodox Jews, it also had a profound impact on Orthodox views relating to the acceptance of non-Jews as converts. Since Orthodox rabbis increasingly emphasized mitzvah observance as the essence of Judaism-in order to differentiate clearly between themselves and the reformers-- they came to see the conversion process as entailing a full commitment by the convert to observe all the mitzvoth. Eventually, the position arose that any conversion that took place without the convert's total mitzvah commitment-was not a valid conversion at all....

Shedding Light On The Conversion Racket! The Facts Of The "Jewish Converts" Industry - The Vast Majority Do It For Personal Reasons Totally Unrelated To Becoming Jews!