What does a victim of child sexual abuse look like? 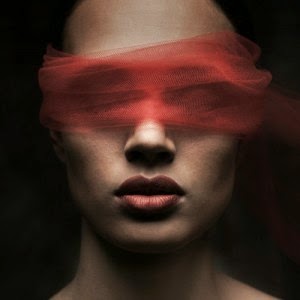 ...The pastor-turned-inmate goes on to explain that he began an inappropriate relationship with someone whom he later identifies as a female student in the program:

The “friendship” continued to develop. Talking and texting turned flirtatious. Flirting led to a physical relationship. It was all very slow and gradual, but it was constantly escalating. We were both riddled with guilt and tried to end things, but the allure of sin was strong. We had given the devil far more than a foothold and had quenched the Holy Spirit’s prodding so many times, there was little-to-no willpower left. We tried to end our involvement with each other many times, but it never lasted. How many smokers have quit smoking only to cave in at the next opportunity for a cigarette? We quit so many times, but the temptation of “one more time” proved too strong. Like David, my selfishness led to infidelity.

The man never uses the word rape or victim or groom. Instead, he refers to their relationship as an “extra-marital affair” and describes the girl as being just as culpable as he was. In fact, he doesn’t once question his responsibility as an authority figure or the role that power played in the “affair.” Instead, he blames the devil for his actions, as well as his wife and children, as “the realities of parenthood and marriage were sinking in, and I felt unappreciated at home.”
Now that he is behind bars, the man bemoans the fact that his life is ruined. After he was found out, his wife left him and took their two children. He lost his job and had to drop out of seminary, and he will be a registered sex offender “for the rest of my life,” he wails.
None of this is surprising. A hallmark trait of child sexual abusers is to blame others for their actions, most often their victims. They typically fail to take responsibility for committing abuse. On the contrary, they see themselves as victims. What is surprising, however, is that the editors of CT, in publishing the article, seemed clueless in not recognizing these telltale signs. After all, the magazine has had to face the painof discovering sexual predators among its own ranks in the past.
READ ENTIRE RIVETING ARTICLE BY MY FRIEND: Janet Heimlich
http://religiouschildmaltreatment.com/2014/06/what-does-a-victim-of-child-sexual-abuse-look-like-dont-ask-christianity-today/

Commission report claims one in four abusers were clergy

The commission's high-anticipated interim report revealed more than one in four child abusers have been members of the clergy or other religious organisations.
The report, handed down this week, also revealed there had been allegations of child sexual abuse at more than 1000 institutions across the nation.
READ MORE:
http://www.caboolturenews.com.au/news/Commission-report-claims-one-in-four-abusers-clerg/2305797/
Posted by Paul Mendlowitz at Wednesday, July 02, 2014