"We have husbands, children, families," she continued. "You trampled on our dignity."

Complainant in sexual assault case against well-known northern Rabbi throws his threats back at him in letter sent to Arutz Sheva.

One of the complainants alleging she was sexually abused by a well-known - but yet-unnamed - rabbi in Tzfat (Safed) has written to Arutz Sheva on Monday, before the rabbi is due in court, in an open letter to the defendant.

"I read the things you said to reporters, that you do not know us and want to look us in the eyes," she began. "The truth this time is that you're right for a change."

"You really do not know us, you know just know our bodies; you never saw us," she wrote. "You did not see our souls."

"We have husbands, children, families," she continued. "You trampled on our dignity."

"Thank God we were released from you, you are in prison and probably will stay there for many years to come."

"Thanks to your arrest, we can lift our heads high," she added. "We know you are evil and we're fine, that you are bent and we are straight, that you are unclean and despicable and we are your victims of that."

"You should know that after all these years that you have scared us we are no longer afraid, your scare tactics no longer work on us," the complainant fired. "The community is with us. The public feels our pain. The Yeshiva leaders explained to their students how much of an abomination you are and how much you have hurt us."

"The people you have managed to mislead initially now understand just how much of a hypocrite you are," she added. "Your books were thrown away. Your lessons have been deleted."

"You expect to look us in the eyes," she reflected. "We also expect that. Now we have power. Besides the popular support we also hold each other and support each other."

"Get ready," she threatened. "We will look you in the eye, to humiliate you."

"If you had a bit of honesty, of justice, of truth, you would ask us for forgiveness. But your heart was always a heart of stone. "

The rabbi, who still remains unnamed due to legal entanglements, has been accused by no fewer than eight women of sexual abuse.

On Friday, Arutz Sheva exposed several damning details about the case, including the fact that the rabbi allegedly admitted his offenses to Tzfat Chief Rabbi Shmuel Eliyahu - but then has claimed over and over again that the allegations are "nonsense." The rabbi's defense attorney also accused the women of lying, stating at one point, "who remembers this stuff 13 years later?" 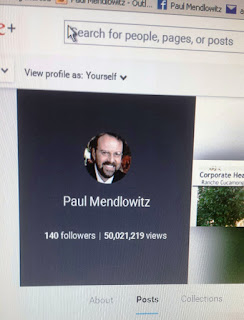