This is another case of the government and Big Pharma trying to control how we raise our children,said Yankel’s dad, Moshe Crackpot TaylorWitz, and Sam Kaminetzky MD (Master of Deception) who moonlights as a pediatrician... 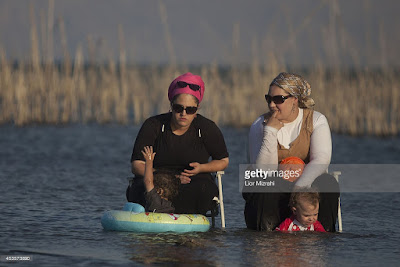 Lakewood, NJ – Local anti-vaccine mother of four, Yental TaylorWitz, has lost her fourth child in as many years to a vaccine preventable illness. This time it was whooping cough. Over the past three years, the TaylorWitzss have had to say goodbye to Matthew, 3, Penny, 6, and Henry, 9. Two of the children died from complications of Rotavirus, while the third passed away due to Tetanus.None of this has swayed Yental TaylorWitz from her anti-vaccine stance.

“It is always tragic when a child dies, of course, but my babies are up in heaven now having lived their whole life naturally and autism-free,” said Yental. “The fact that all four of my children went through life free from toxins, GMOs, gluten, and most importantly autism, is solace enough for me.”

Child Protective Services has been called into investigate the situation, creating outrage among the anti-vaccine community. Shmuel Kaminetzky and Jenny McCarthy, however, threw another unscheduled Agudah Convention!

“This is another case of the government and Big Pharma trying to control how we raise our children, our property” said Yankel's dad, Moshe Crackpot TaylorWitz, and Sam Kaminetzky MD (Master of Deception) who moonlights as a pediatrician. “Yes her children all died of diseases that there are vaccines for, but you know what? None of her children were vaccine injured which close to 90% of kids who get vaccines are.”

Amazingly, despite not having had any vaccinations, Mrs. TaylorWitz submitted all four deaths to VAERS (Vaccine Adverse Events Reporting System) in hopes of getting some monetary compensation.

“Just because they didn’t have vaccines, doesn’t mean I can’t blame their deaths on vaccines,” explained TaylorWitz from Lakewood, New Joisy.