Bungalow Putz Part Deux & The "Brooklyn 19" DA Orchestra Conducted By Charlie Hynes - Playing At A Yeshiva Basement Near You! 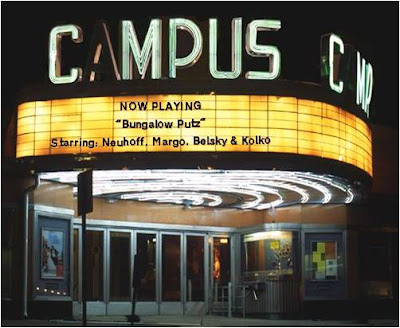 WITH CAMEO APPEARANCES BY SHALOM, MORDECAI AND ARON TENDLER ---THE TENDLER TRINITY OF HUMAN GARBAGE!

The Four Kashyas of Our Kinderlach, Some of Whom Are No Longer at the Seder

Why is the sexual abuse of children treated differently than all other communal issues?

1) In all other areas of halacha, we enforce the highest level of tznius and morality, but in this area of halacha - we ignore the rape of children.

2) In all other areas of kashrus, we demand the highest level of reliability, certification and supervision, but in the sanctity of children's own bodies - we demand none.

3) On all other matters, we follow the psak of Rav Eliyashiv, but when Rav Eliyashiv gives a psak urging victims of sexual abuse to report their abusers to the police - we ignore him.

4) In all other areas of a child's life, we fight and demand for their rights, (we lobby for bussing, for textbooks, for school lunch programs...) but when it comes to the sexual abuse of children - we lobby to protect our children’s abusers.

The answer to all the four questions is:

We can't sit and expect Agudah to solve all the problems.

Our gedolim are too busy for you. They are busy banning concerts, banning books, having photo-ops all over the country, ripping microphones out of singers hands, and defending Bernie Madoff.

Agudah made a convention a few years ago, and declared that all non Moetzes rabbis could not be classified as a "gadol". Therefore Rabbi Yosef Karo who wrote the Shulchan Aruch is irrelevant by these great "scholars". Rav Elyashiv is a moderner in their eyes.

There are so many children who don't have a Seder anymore because of them being sexually abused in yeshivas and elsewhere. So many teens are dead from drug overdoses and alcohol abuse, caused by drowning out the pain. Yet the Agudah could care less about them. Only their supporters and those who toe the line are important.

Use the police to uphold the law.

Convince others to to the same.