The Electronic Frontier Foundation Successfully gets Court to Throw out Subpoenas against UOJ & other Bloggers! 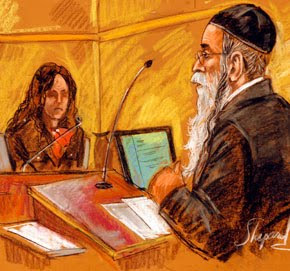 ***********************************************************
This coming Saturday night, January 29, at midnight, , the Zev Brenner show will lead off with with a segment about Yisroel Moshe Weingarten. Weingarten is a Satmar hasid convicted of crimes relating to sexual abuse of his daughter. There will be important new information from Mr. Max Gold, an attorney from the United Kingdom. He represented Leah Weingarten against her father at the request of leading ultra orthodox rabbis in Gateshead. He will discuss the reasons these rabbis got involved and some of the evidence against Weingarten. Others on that segment include Rabbi Yosef Blau and Mr. Abe Kiss of Monsey.

The show is also live streamed at http://www.talklinecommunications.com/

On Friday, January 21, 2011, The court tossed out the subpoenas seeking the identities of UOJ's anonymous commenters in the Hersh v. Cohen matter. This means that Google and Yahoo will not be required to turn over the names in question pursuant to the subpoenas. The court noted during the hearing (and as we had argued), the Plaintiffs had not been able to satisfy their burden to demonstrate that any of the statements generally complained about were actionable or even relevant to the current litigation.

On behalf of myself and all Bloggers (Jewish or otherwise) nationwide, I am grateful to the EFF, Matt Zimmerman Esq. and his team, the Fordham Law Clinic and Ron Lazebnik Esq. for their tireless efforts on our behalf and on behalf of all Americans guaranteed under our Constitution to Freedom of Speech and Freedom of Expression.

Thanks Matt. Thanks Ron.