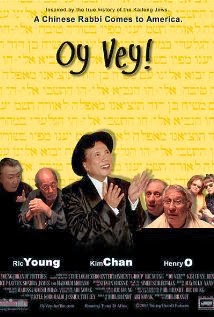 China has said those who sexually abuse minors should be more heavily punished.
A string of cases this year of adults raping or sexually assaulting children has sickened the Chinese public. Last week the Supreme People’s Court reacted, issuing a legal opinion mandating heavier punishments for sex offenders — especially state employees, including teachers, who figured in many of the cases.

“State employees must be models of the law, and lead the way in protecting minors,” said Zhou Feng, the head of the country’s first criminal court, announcing the opinion at a news conference last Thursday. “But a very small number of state employees have violated these morals and integrity and severely damaged the image of state bodies,” he said.

“The guideline embodies the principle of maximum protection for the victims and minimum tolerance for the offenders,” said Sun Jungong, a court spokesman. But critics said the new rules were flawed, appearing to lower the age at which a child receives the “absolute protection” of the law from 14 — China’s age of consent — to 12.

Among the new rules: Institutions involved in the sexual abuse of children, such as hospitals or schools, may be required to pay compensation to victims, and offenders serving suspended sentences may be barred from schools or other jobs that bring them into contact with minors.

The issue is highly sensitive in China amid a growing perception that civil servants had been abusing their power and escaping appropriate punishment.

This revulsion led to a rare public protest last May, when Ye Haiyan, an advocate for the rights of sex workers and greater protections for children, traveled to Hainan Province where a primary school principal and a teacher were accused raping six girls. She carried a sign that read, “Principal, if you want to ‘get a room,’ look for me. Leave the school kids alone.”

The campaign went viral on the Internet and many women copied her gesture, posting images of themselves with similar signs.

In September, a civil servant in Daguan County in the southwestern province of Yunnan who was convicted of raping a 4-year-old girl was sentenced to five years in prison, causing an outcry by those who considered the punishment too lenient. In mid-October a higher court referred the case for re-sentencing, saying the punishment was “clearly inappropriate,” reported Xinhua, the state-run news agency.

Based on an unusual clause in Chinese law, men have been able to argue that sex with minors — meaning those under 14 — is not rape if the girl is paid, but instead constitutes the crime of “spending the night with a young girl in a brothel,” which carries a different penalty, possibly resulting in five years in jail and a fine. Rape is punishable by a minimum sentence of three years and a maximum of death.

But in its opinion last week, the Supreme People’s Court told the police, justice officials and all courts in the country, both civilian and military: “Sex offenses against minors must be severely punished.” It added: “Please implement this seriously.” (Here is the opinion, in Chinese.)

People in a position of responsibility and trust toward minors, including teachers and medical staff, would be held to a high standard in their own behavior and should report any suspected abuse, it said.

Sex with a minor under any circumstance is rape, the court said, in a move welcomed by children’s rights lawyers..........