Charging Up To $1800 Per Seat, and $100,000 for a Suite, At An Upcoming Orthodox Jewish Gathering Is Not Rooted in Jewish Tradition, Reeks of Hypocrisy, Lacks Jewish Values, is Not Just--- and Smacks of Christian Events! 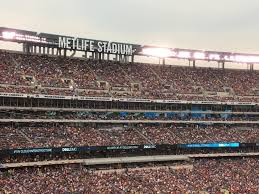 Toward a Just Religious Leadership


"And you shall not take a bribe; for a bribe blinds the eyes of the wise and perverts the words of the righteous."

The Torah demands as high a level of justice as is humanly possible. It calls upon judges to be fair--not to tilt away from justice due to favoritism or external pressures. Our commentators note that right after instructing judges to be honest, the Torah forbids idolatrous acts. They conclude: the sin of perversion of justice is equated to the sin of idolatry.  When a society has corrupt judges, the entire social system is undermined--materially and spiritually. God's name is profaned.

The Torah knows that bribery will lead to overt or subconscious influence on the judge. Judicial independence is compromised. But bribery can take different forms. It need not be simply a cash payment to the judge.

A judge might be "bribed" by the desire to gain popularity among various constituents; or to advance professionally; or to do that which is "politically correct" rather than that which is right and true. All sorts of external pressures may be brought to bear by one party or the other--or both.

What if we felt we could not trust the impartiality and fairness of our judges, our rabbis, our religious authorities? What if we thought that their decisions were tainted by external pressures,  by their desire to conform to the opinions of an "in-crowd" rather than to stand up for truth in its purity? What if we came to think that religious leadership--whether in Israel or the diaspora--was unduly influenced by political and financial considerations, and that they no longer have the courage to withstand the "bribes"?  What if we concluded that many of their decisions were not rooted in justice and compassion, but were dictated by the pressures on them not to appear less "religious" than the most stringent of rabbinic decisors?

If people come to think that the religious establishment is corrupt and is susceptible to undue external influence, then the foundations of religious life are seriously eroded. If religious leaders sell out their independence in the desire to curry favor with this or that religious "in-group"--then Judaism and the Jewish people suffer the consequences.

I often remember a conversation I had with Rabbi Haim David Halevy, of blessed memory, in 1984. He served for many years as Chief Sephardic Rabbi of Tel Aviv-Yafo, and was one of the most prolific and brilliant rabbinic authors of his generation. Because of his incredible strength of character, Rabbi Halevy was not willing to play politics, or to compromise his halakhic independence. He sought Truth. He tried to judge clearly, fairly, independently.  Because of his independent views, he often felt isolated in rabbinic circles. He lamented the tendency toward conformity and authoritarianism, recognizing that this tendency served to suppress independent and honest judgment.  There was a "thought police" that blackballed those who did not conform to the rulings and views of a certain clique of right-wing rabbis.

If we want judges/rabbis/religious leaders who are just and good, independent and courageous--then we need to appoint such people to positions of leadership and depose those who do not meet these standards of excellence. We need to be sure that our religious leaders are not susceptible to bribes or external pressures--but that they can devote themselves fairly and honestly to the pursuit of justice and truth.

If we are to have a religious leadership that reaches for the ideals espoused by the Torah, we need a religious community that insists on implementing these ideals.

Closing our eyes to the problems we face is not a viable option. 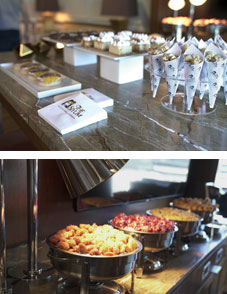 The Amudei HaSiyum club seats offer the ultimate Siyum experience. Enjoy executive-level amenities, including VIP parking, security lanes, and entrances, and access to the exclusive Coaches Club. Stretching more than 18,000 square feet, the fully-heated Coaches Club provides unmatched panoramic views of the program and stage, dozens of video monitors throughout, and exclusive ground-level access. The upscale ambience and exceptional sightlines of the clubs will take your Siyum experience to the next level.


As an Amud HaSiyum, you will receive access to the fully-catered, spacious interior of the Coaches Club with other dignitaries, to elevate The Siyum for yourself and your family. Amudei HaSiyum VIP seats come with easy access to dancing, and are wide and padded, so that you can enjoy The Siyum in comfort at $1,800 per seat. 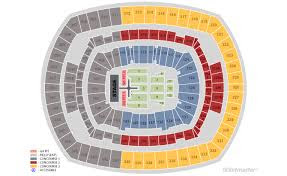