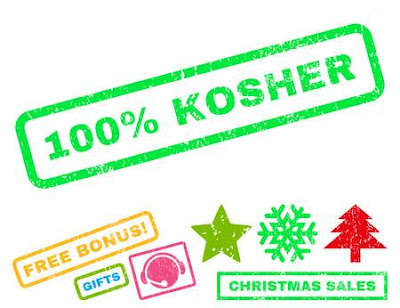 The long, winding road of Lenny Dykstra’s post-MLB life has found him run car washes, try to flip Wayne Gretzky’s house, declare bankruptcy, embark on book tours, enter drug rehab, serve a prison sentence and, most recently, involved an incident in which he may or may not have taken an Uber driver prisoner at gunpoint.

What it’s like to study the Torah with Lenny Dykstra

A report from the New York Post on Sunday followed Dykstra’s embrace of studying Jewish scripture and, as happens with most things covering Lenny Dykstra, borders on the surreal.

Take, for instance, the Post’s coverage of what is apparently not an unusual occurrence during one of Dykstra’s discussions, which take place in the basement of a wine store in New York City’s East Side:

Throughout the class, he scribbled notes — musings on the size of Joseph’s manhood as well as how he wasn’t hindered by defeat. Dykstra also wrote down a quote from the book “MoneyBall,” in which fellow former Met Billy Beane said that Dykstra “had no concept of failure.”
But after one of the study’s six attendees finished a soliloquy on Joseph’s isolation, Dykstra looked up from his paper.
“You lost me, lady.”
Still, no one balked. Not even when he suggested Joseph likely pleasured himself a lot in jail.

If you thought the setting of a subdued Torah study group was going to change Lenny Dykstra, you don’t know Lenny Dykstra.

Dykstra’s interest in Judaism was reportedly fostered through a relationship with Rabbi Shmuel Metzger, who told the Post that he grew up a Mets fan and reached out to Dykstra after seeing a Twitter video of the former big-leaguer explaining the story of Adam and Eve.

That wasn’t Dykstra’s only Twitter activity concerning Judaism, as he has prolifically tweeted his respect for the religion. That includes him praising the Miami Marlins for the Kosher options at Marlins Park, chastising users for improperly using the Hebrew phrase “Shabbat Shalom” and regular Torah analysis, like this video with what appears to be dance music playing in the background.

As has happened more than a few times, Dykstra hit a rocky time in his life earlier this year when he was arrested and indicted for an incident that resulted in an Uber driver driving to a police station and claiming Dykstra had held a gun to his head in an attempt to force the driver to take him to Staten Island.

Police later found marijuana, a glass pipe, a straw with suspected cocaine residue, a vial of suspected cocaine and two pills thought to be MDMA on Dykstra’s person. The 55-year-old defended himself by saying he was the one actually being kidnapped by the driver.

Dykstra now faces charges of cocaine possession, meth possession and making terroristic threats in the fallout of the incident.

Dykstra addressed the case with the Post, saying he believed the charges would be thrown out and the grand jury had been misled into indicting him. He also has a pair of new business ideas:

Dykstra told The Post of two business plans he’s working on: a betting service where retired players are the handicappers, and a secret idea for the ride-share industry that, he said, would give more power to drivers.

With all those balls in the air, there’s no knowing what the future holds for Lenny Dykstra. One thing is clear, though: Despite his fascination with Torah study, he has no plans to convert to Judaism.

Posted by Paul Mendlowitz at Wednesday, December 19, 2018 No comments: