Err on the Side Of Caution - Avoid Tragedy!

After 3 Children Die, a Race to Investigate a Baffling Virus Syndrome 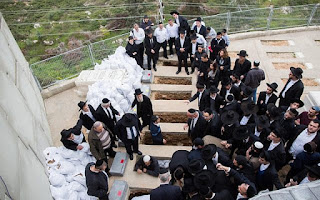 At least 161 children in New York have gotten sick, making the state’s caseload one of the largest publicly reported anywhere.

During a hastily assembled discussion among several pediatricians in New York State that occurred over video conference last week, one doctor spoke of a surge of more than 40 cases at his hospital.

Another doctor spoke of troubling heart ailments in children afflicted with the illness. A third talked about treating a 14-year-old in the Bronx, who was admitted in good condition but then rapidly deteriorated.

“Twenty-four hours later, he was aggressively delirious and had to be restrained and sedated,” that doctor, H. Michael Ushay, recalled.

The illness was so baffling that Dr. Ushay, the medical director of the pediatric critical care division at Children’s Hospital at Montefiore, said he was not sure whether the child’s downturn was caused by the disease or a reaction to the medicine the boy was given at the hospital, which included steroids and ketamine.

The first cases of the new syndrome began to draw doctors’ attention in late April and early May, about a month after the height of the coronavirus outbreak in New York City.

Almost immediately, doctors noticed that in some patients the symptoms bore a striking overlap to a rare childhood illness called Kawasaki disease, which involves inflammation of the blood vessels and whose symptoms can range from redness of the eyes to damaged coronary arteries that can lead to heart attacks and aneurysms.


But with Kawasaki disease, a fraction of children end up in an intensive care unit or requiring life support. Yet a significant number of the patients with the new syndrome