Not only were there no secular subjects taught, but all secular books were banned and confiscated if found! 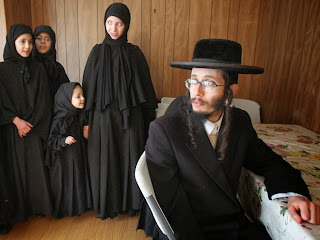 The folly of fanatical religious education in Canada (and the U.S.A.)

Fotolia
I have been reading the recent articles about the Lev Tahor and Judaism in a few newspapers, and I can’t help but feel a little neglected by our reporters and politicians here is Ontario. The articles discuss child abuse and lack of a proper education for religious children, but never seem to mention that these problems have been going on for a long time. I am a classic example:

When my parents came from Russia, I was six years old. They met a rabbi who convinced them to send me to his Jewish school, where I learned Jewish and secular subjects. As I went through elementary, I was eventually sent to a school that taught only Jewish subjects, where secular subjects, like math, were optional and only lasted for two hours a day. I remember one year there were three students in the secular program from two classes combined.

For high school I planned to go to a Jewish high school that had many former students attending college and university, something my parents saw as extremely important. The rabbi at our synagogue told us that the Jews running that school weren’t from our sect and that it was a bad school for a Lubavitch boy (that’s the sect we belonged to), so I went to a different type of “Jewish high school”.

There, we studied only Jewish subjects from 7:30 a.m to 9 p.m. for five days a week for five years. We lived in houses that the school owned in the neighbourhood. Not only were there no secular subjects taught, but all secular books were banned and confiscated if found (I’ve always enjoyed reading so I would carefully hide my books). The lack of basic knowledge was so bad I clearly remember one of my 18-year-old classmates asking me how to spell the word “until”. I should also mention that the children whose parents were rabbis or had other religion-related jobs either didn’t pay tuition or paid very little. The families with “real jobs” paid the difference, which exceeded $80,000 for my parents over five years.

The reason my parents kept me at that school was because the administrator and our rabbi told us the school could give my high school credits for my application to post-secondary school. We believed them because we didn’t think a man of God would lie. We asked them every year and every year they said yes. When I graduated I was told that if I wanted to collect my credits, I could call  and ask for the papers. A couple of years later I wanted to try my luck at becoming a police officer, which requires a high school diploma or equivalent. I called  for my credits and was told there were never any government approved credits, just a paper signed by the rabbi. When I asked they’d claimed otherwise, they said, “You never asked for high school credits. You just said ‘credits’ and we call this paper ‘credits.’”

That incident actually kick started my transition out of religion and I am currently working part-time while attending a college culinary program.

The reason I am telling you all this is because we shouldn’t feel like we’re being “invaded” by child-abusing, anti-secular-education fanatics just because the Lev Tahor arrived. These types of fanatics have been here for decades, with few efforts made to halt them. This issue has to be dealt with, especially since many immigrants are being brainwashed into believing the same thing my parents were told, because they’re vulnerable and are just looking for a friend in a new place.

I am hoping that, in my lifetime, I will see the Canadian government start regulating education and making official standards for all children, regardless of race, religion, gender, or background.
http://fullcomment.nationalpost.com/2013/12/11/alex-holtzman-the-folly-of-fanatical-religious-education-in-canada/
Posted by Paul Mendlowitz at Thursday, December 12, 2013 No comments: