His reputation in the (Orthodox Jewish) community is of a gentle, kind man" ... Another "Great Guy and Great Dad"...

A wealthy Scarsdale executive was denied bail on a murder charge Friday after prosecutors told a judge that his wife was so scared of him that she changed the locks to their home and the couple's three children still fear him so much that they wanted an order of protection.


Julius "Jules" Reich, 61, will remain in the Westchester County jail, where he has been held since his wife, Dr. Robin Goldman, was found stabbed at least 21 times Wednesday in the couple's Lincoln Road home.

The couple — he a prominent businessman, she a respected pediatrician — were in the midst of a divorce.

Reich's lawyer, Kerry Lawrence, characterized the divorce proceeding brought by his client as amicable. But prosecutors said that Goldman confided in friends that she was afraid of her husband.
“She told people she feared him,” Assistant District Attorney John O’Rourke told the judge in Westchester County Court in White Plains. “She changed the locks to keep him out.

Reich appeared in court wearing a white jumpsuit, his dark hair disheveled and matted. He swayed back and forth as he stood before Judge Anne Minihan, with his hands cuffed and legs shackled. He occasionally whispered to his lawyer.


Lawrence argued that Reich has no criminal history, has lived in Scarsdale for decades and has deep ties to the area.

"His reputation in the community is of a gentle, kind man," Lawrence told the judge, asking that Reich be released on $150,000 bail.

O'Rourke, however, described the brutality of Goldman's death. The 58-year-old physician was attacked from behind in the shower as she got ready for work Wednesday morning, he said. "Then he walked away, went to the kitchen and lit a cigarette before he called 911," O'Rourke alleged.

Reich's family, including his three children, want nothing to do with him, the prosecutor said. "His ties in the community have been severed."

Reich has worked for years as a New York City mergers and acquisitions specialist. Prosecutors hinted at fabulous wealth that they said Reich has stashed in accounts all over the world. They said he owns homes in Israel and China and has contacts and connections throughout Europe and South Africa. He also has access to private jets and yachts.

"He will take off," O'Rourke told the judge. "His incentive to flee is great.

Lawrence said he client would agree to surrender his passport. He said Reich's two sisters were in court to show their support.

The judge was unconvinced. She declined to set bail and also granted the requested orders of protection for Reich's three children, all in their 20s, over Reich's objections.

"My client would like to be able to communicate with his children," Lawrence said.
But Minihan warned Reich not to try to contact his children in any way.

The three children recalled their mother in eulogies at her funeral Thursday as a Supermom who was devoted to her family, her profession and her religion.

Reich had filed for divorce from Goldman in August, and the couple had been set for their first court appearance Monday.

Scarsdale police have said they know of no previous history of domestic violence calls to the 6,400-square-foot home. 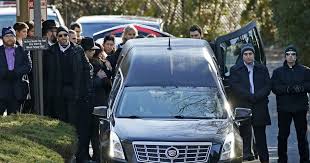 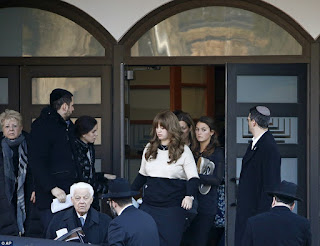 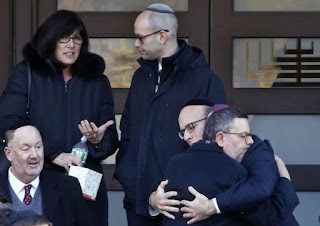