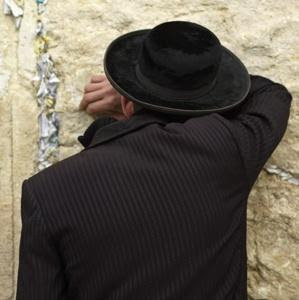 The Brooklyn DA arrested an astounding 89 Orthodox men on charges of child sex abuse — forcing open a community that sometimes covers up such crimes.

The numbers are startling — in the past two years, Brooklyn District Attorney Charles Hynes’ office says it has arrested and charged 89 Orthodox Jewish men with child sex abuse.

It’s horrific and shocking, though in terms of effective law enforcement and honest dealings with the public, finally a good thing.

Some background: The Brooklyn DA has been accused for years by child advocates of handling the insular, image-conscious Orthodox Jewish community with kid gloves over sex-abuse scandals. Those familiar with abuse survivors from within that community — myself included — have complained that Hynes is too fearful of retaliation from a politically powerful religious bloc to hold its sex abuse perpetrators to the same standard applied elsewhere in Brooklyn.

Hynes, who denies this, claimed in 2009 to have arrested 26 Orthodox Jewish men for sex abuse over a two-year period — a claim that drew some praise at the time, but also some skepticism for being just too good to be true. But now the DA is double-daring (or triple-daring) his doubters, claiming that since October 2009, the rate of sex-abuse arrests within that community has more than tripled, all the way up to 89.

Still, from the quiet way Hynes broke the news, one senses some reticence behind the bravado. There was no fanfare, no typical press release; Hynes’ spokesperson Jerry Schmetterer offered the numbers in an unheralded exchange with the Jewish newspaper Forward over two weeks ago, and left it at that.

But the unprecedented claim can’t possibly remain a whisper. With the child-abuse cover-up at Penn State on everyone’s lips, any report of such a whopping crackdown in a community notorious for resisting public reports of the crime is bound to have significant results.

True, the lack of detail about the arrests — the Brooklyn DA has declined to give names, charging information or current case status for any of the suspects, or even how far back these cases date — is cause for legitimate concern. I’m not surprised that child advocates within Orthodox Brooklyn have publicly cast doubt on the DA’s numbers. No one knows better than I how hard it can be to pry the facts about such cases out of Hynes’ office. To name just one instance: my four-year effort to obtain records of the abortive attempt to extradite Avrohom Mondrowitz, indicted on 13 child sex-abuse counts in 1985 and still at large in Israel, has led all the way to New York’s highest court, where I will be arguing the Freedom of Information Law case against the DA’s Office this winter.