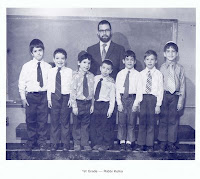 "All of which gives rise to these questions: Those men and women who remained silent in the face of this evil -- are they truly good? Or are they cowards who were simply not willing to take a modest personal risk for the preservation of the one thing they supposedly valued most?"

It is a cliché to say that football is like life. At Penn State, it is also insufficient. For under Joe Paterno, football was life.

And now a glorious era is finished, demolished beyond redemption. The scandalous end of Paterno’s career has wiped out the university’s sterling reputation and shattered the trust of an entire sport. Riots by crackpot students and death threats punctuate the madness.

To Pennsylvanians and millions of football fans everywhere, the fall of the House of Paterno is like the collapse of an empire. It crashed without warning or mercy.

In truth, the core values rotted away over the years, the work done secretly in the dark, like that of termites and cancer. The end only seemed sudden.

It could be a long time before we know the full extent of the pedophilia horror allegedly perpetrated by a former coach and the outrageous silence of many, perhaps dozens, of people. But already the most important lesson is clear.

Civilizations, from single universities to national cultures, must be defended with relentless vigilance and courage, or they will not survive. Only the details of their demise will differ.

A sage, perhaps Edmund Burke, once said, “All that is necessary for the triumph of evil is that good men do nothing.”

That describes the fate of Penn State. The brilliant days of sunshine, victory and integrity in Happy Valley were not a mirage. They were real for generations of players, parents, students, alums and fans who, over the 46-year tenure of Paterno, believed in the “grand experiment” -- of winning the right way, with honor.

But evil triumphed because of a fundamental failure by Paterno and others to uphold the principles the experiment represented. And so the whole enterprise lies in shambles, everyone associated with it tarnished and generations of adherents suffering an angry loss of faith.

I share that loss because I grew up in the shadow of Penn State, just 30 miles from the shining oasis he created. In my youth, Paterno and Penn State football were synonymous with the working-class values of the hardscrabble mountains of central Pennsylvania.

He was the pope of a secular religion that forged friendships and family bonds. Under his benevolent dictatorship, “old school” became a term of rectitude and integrity.

Uniforms were simple, the players were legitimate students and the code of sportsmanship meant something.

Paterno and his wife contributed $4 million to the university, some of it to enhance the teaching of classics.

The righteousness of the path was confirmed by the fact that Paterno won more games than any major-college coach in history.

Yet the rot was quietly hollowing out the foundation. The first report that respected coach Jerry Sandusky was a pedophile was quietly investigated, and dropped without explanation in 1998.

Other reports followed, with the most important one coming in 2002, when a young assistant said he spotted Sandusky, then retired, raping a child in a locker-room shower. The assistant told Paterno, who told his supervisors -- but nobody told the police.

So Sandusky, according to the shocking indictment against him, was allowed to continue his predations for nine more years.

The price for that shameful silence must be measured in tens of millions of dollars, reputations lost and lives ruined.

All of which gives rise to these questions: Those men and women who remained silent in the face of this evil -- are they truly good? Or are they cowards who were simply not willing to take a modest personal risk for the preservation of the one thing they supposedly valued most?

I believe they are cowards. Their goodness was found wanting when it was needed most, and so was shallow if it existed at all. They are sunshine patriots who could not be counted on when the stakes were highest.

In life, even more than in football, courage is required.

Michael Goodwin is a Fox News contributor and a New York Post columnist.