According to the lawsuit, the story, which began three years ago, reveals incidents of serious physical, emotional and sexual abuse against a 16-year-old minor, including violence and humiliation.... 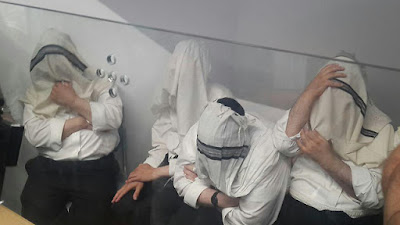 Conspiracy of silence? Allegations of sexual abuse and pedophilia at flagship haredi yeshiva. A lawsuit filed last week against the famed Ponevezh Yeshiva in Bnei Brak, the leading Israeli haredi yeshiva, alleges that serious crimes by a student have been committed there for several years.

According to the statement of claim, a yeshiva student sexually assaulted students in a violent manner and photographed them in the nude in a secret location within the yeshiva.

The victims appealed to a new organization called Din Vecheshbon that was formed recently by members of the haredi community in order to fight silencing of sexual harassment within the community.

The events were investigated by the organization and a civil suit was subsequently filed against the yeshiva, two of its rabbis and the alleged offender. The lawsuit states recorded evidence as proof of admission by the defendant of his actions against the plaintiff. In addition, a complaint was also filed with the police.

According to the lawsuit, the story, which began three years ago, reveals incidents of serious physical, emotional and sexual abuse against a 16-year-old minor, including violence and humiliation. In addition, it alleges that the offender exploited the minor by fostering a situation of deep emotional dependency and using this to violate him sexually contrary to his will and consent, as well as beat, threaten and humiliate the minor before allowing him to leave the room.

The prosecution likewise claims an additional offense of creating and collecting pedophilic material.

In addition to the offender in question, two of the yeshiva’s rabbis are being charged with criminal violations for failing to report the incidents. According to the complaint, when the minor turned to the first rabbi, "Defendant 3 listened to the plaintiff's words, calmed him down and left without following up on the matter."

Nachman Rosenberg, who represents private haredi donors behind Din Vecheshbon, states that, "It is time to recognize that the 'silencers' of sexual abuse are far more dangerous than the predators themselves."

"These institutional cover-ups directly endanger hundreds and thousands of innocent children simultaneously. Din Vecheshbon represents a paradigm shift in the haredi community by targeting the root of this... by punishing institutions or individuals who neglect the safety of their students and turn a blind eye on sexual abuse."


Posted by Paul Mendlowitz at Tuesday, January 09, 2018 No comments: