Stand By Your Man - Featuring The Jews Brothers

A prominent Monsey rabbi who runs a boys school pleaded not guilty Tuesday morning to charges of having sex with an underage boy.
Gavriel Bodenheimer, 71, principal of Yeshiva Bais Mikroh, was arrested by Ramapo police Monday on a warrant involving a sealed grand indictment.
The rabbi's arrest resulted from an investigation by the police and the Rockland District Attorney's Office Special Victim's Unit. The unit deals with are sex crimes against children.
He was charged with three counts of criminal sex act and one count of first-degree sex abuse, all felonies, at his arraignment before Rockland County Judge William Nelson. The indictment said the abuse occurred over a period of time.
Bodenheimer's attorney, Deborah Wolikow-Loewenberg, asked the judge to release the rabbi without bail. She said he had been a fixture in the community his whole life.
"He's not a flight risk. There is no reason to suspect he will not return to court. His roots are here," she said.
Prosecutor John McGowan recommended $100,000 bail and, after having the two sides confer, Nelson set the bail at $25,000 cash or bond.
Loewenberg said the family would raise the bail and expected the rabbi to be out of jail on Tuesday.
"We will fight these charges because they are not true," she said.
The judge also issued a stay-away order, directing the rabbi to not contact the victim, known in court records as "Y.E."
"There is no gray area," he said. "You have to stay away from Y.E. Clear?"
The rabbi responded: "Clear."
He is due back in court Aug. 26.
The rabbi was silent in court, except when he confirmed his identity to the judge and when he answered the judge's stay-away question. He wore an orange jumpsuit and was shackled.
Attorney Kenneth Gribetz, a former county district attorney, said he and his partner, Wolikow-Loewenberg, met with the rabbi's family on Monday to discuss the case.
The rabbi had been held without bail on the arrest warrant in the Rockland County jail in New City.
"I am convinced of his innocence," Gribetz told The Journal News/lohud.com Tuesday morning. "His reputation is impeccable, without exaggeration. He's a very prominent rabbi."
Bodenheimer has for decades led the Bais Mikroh on Viola Road where thousands of Orthodox Jewish boys have been educated.
Bodenheimer has been active recently in the push to change the state education aid formula to bring more aid to East Ramapo School District, whose board is controlled by Orthodox and Hasidic Jewish residetns, and to the private schools. He has spoken at a spring news conference on the matter and gone to Albany with other advocates to lobby state officials.
http://www.lohud.com/story/news/crime/2014/08/12/rabbi-gavriel-bodenheimer-monsey-sexual-abuse-charges-guilty-rockland-court-attorney-kenneth-gribetz/13942307/
Posted by Paul Mendlowitz at Tuesday, August 12, 2014

Why I Can’t Forgive The Jews… 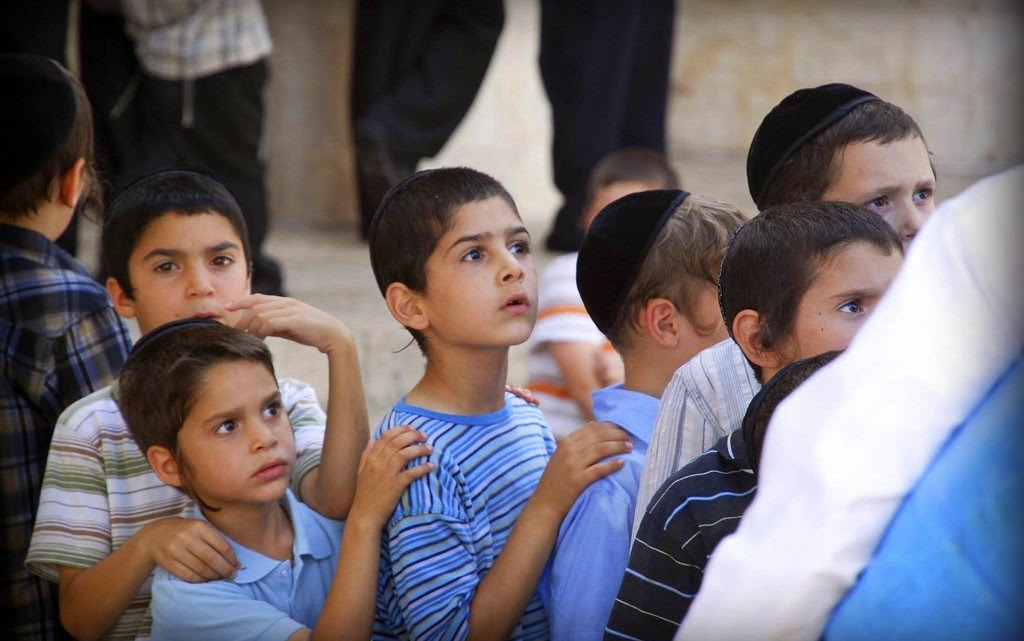 
But these irksome Jews, with their raising the bar ever higher, are attempting to civilize war itself, resisting the temptation to carpet bomb and visit hell on the enemy once and for all, relinquishing the crucial element of surprise by leafleteering and calling Palestinians on their cell phones first.
And the torn metal from the missiles which land in Israel? Transformed into works of art to adorn your mantlepiece. They seek to bring order and civilization right up to the gates of Gehenna. If it were possible, hell itself would be abolished by these sons of David. Col. Kemp, a British officer who served in all the major conflicts between 1977-2006, said of the Israelis,“Based on my knowledge and experience, I can say this: during operation Cast Lead, the Israeli Defense Forces did more to safeguard the rights of civilians in the combat zones than any other army in the history of warfare.”
The Jews are again leading the way to higher ground, making us uncomfortable with our double standards and our odious hypocrisy.
God bless ‘em.
Read more at http://www.westernjournalism.com/cant-forgive-jews/#cBbubWR1Z1p05MQT.99
Posted by Paul Mendlowitz at Tuesday, August 12, 2014