For decades, diversity-obsessed college administrators have tried to conceal information on admissions and student outcomes broken down by race, but the data that have become public is devastating ...

Scalia Was Right About Race Preferences 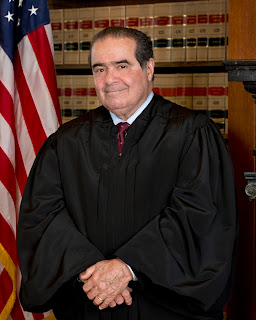 The debate about these college-admissions policies is too focused on their legality, not their efficacy. 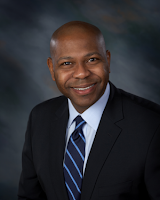 With the regularity of Old Faithful, honest remarks on racial matters these days are followed by geysers of liberal indignation and outrage. That is what greeted Supreme Court Justice Antonin Scalia’s suggestion last week that less-qualified black students might be better off at less-selective colleges.

During oral arguments in Fisher v. University of Texas at Austin, a case concerning race-conscious college admission policies, Justice Scalia cited research that shows how racial preferences can handicap some black students by placing them in elite schools where they don’t have the same credentials of the average student and struggle academically.

“There are those who contend that it does not benefit African-Americans to get them into the University of Texas where they do not do well, as opposed to having them go to a less-advanced school—a slower-track school where they do well,” said Justice Scalia. “I don’t think it stands to reason that it’s a good thing for the University of Texas to admit as many blacks as possible.”

We live in a political environment where the intent of a policy aimed at helping minorities is all that matters; questioning the policy’s actual effectiveness is tantamount to racism. Our national debates about racial preferences tend to focus on their legality, not whether they work as intended. Yet both are important, and Justice Scalia is right to question the assumption that racial favoritism in college admissions has been a boon for blacks.

A 2012 book, “Mismatch,” by UCLA law professor Richard Sander and legal journalist Stuart Taylor Jr., illustrates why Justice Scalia’s concerns are warranted, and the book has helped revitalize the discussion over affirmative action’s efficacy. But it is worth noting that such concerns have been voiced by conservative and liberal scholars alike and are as old as the policies themselves, which date to the late 1960s.

Nearly 50 years ago, Clyde Summers, a professor at Yale Law School and longtime critic of labor-union discrimination against blacks, explained how preferential admissions policies at elite law schools like his own damaged the educational prospects for black students not only at Yale but also at less-selective schools. When a top-tier school like Duke lowered the admissions criteria for a minority student who met the normal admissions standards for a second-tier school like North Carolina, he noted, the latter institution was left with a smaller pool of qualified applicants and forced to begin admitting students who would be a better fit for a third-tier school, and so on.

For decades, diversity-obsessed college administrators have tried to conceal information on admissions and student outcomes broken down by race, but the data that have become public is devastating. An analysis of black students at the Massachusetts Institute of Technology in the mid-1980s found that they had scored in the top 10% nationally on the math portion of the SAT but in the bottom 10% among their classmates at MIT. As a result, black students were dropping out at much higher rates, and those who didn’t leave typically received lower grades than their white and Asian classmates. Affirmative action had turned some of the smartest kids in the country into failures, in a misguided effort to obtain some predetermined racial mix on the quad.

After racial preferences were banned in the University of California system in 1996, black enrollment at higher-ranked UCLA and Berkeley fell, but black academic outcomes improved. Mr. Sander and Mr. Taylor have demonstrated empirically that as more minority students attended schools where they weren’t at a preparation disadvantage relative to their classmates, grades rose along with graduation rates. That isn’t surprising. Historically black colleges and universities, which are less selective than the top-tier schools, produce about 40% of blacks with undergraduate degrees in math and science, despite accounting for only around 20% of black enrollment.

Racial preferences almost certainly result in fewer black professionals than likely would exist in the absence of such policies, which is bad enough. But they also have a long track record of poisoning the academic environment. The racial unrest on campus today is a byproduct of college admissions schemes that place race above ability. It is also nothing new.

Thomas Sowell, a longtime critic of racial double standards, predicted in his 1990 book, “Preferential Policies,” that they would be “educationally disastrous” for blacks and increase racial tensions and resentment on college campuses. Reviewing the book in the New York Times, liberal scholar Andrew Hacker of Queens College sounded a lot like Justice Scalia. “I agree,” he wrote, “that some of the minority students being recruited by high-powered colleges would be better served at schools like my own, where they could proceed at a pace more in tune with their preparation.”

Mr. Riley, a Manhattan Institute senior fellow and Journal contributor, is the author of “Please Stop Helping Us: How Liberals Make It Harder for Blacks to Succeed” (Encounter Books, 2014).