The Age of the Imbecile --- The World is Turning Catastrophically Stupid. Here’s How Not to Join It. 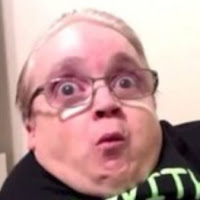 I’d bet, these days, shortly after reading the headlines, you’ve thought, shaking your head and muttering, something like: “OMG. We live in an age of impossibly catastrophic stupid.”

You’re not wrong. About a decade or so ago, hot on the heels of the financial crisis, something happened — an old story began to be rewritten, as the world found itself poorer once again. There was an explosion, somewhere deep in the human heart, and a tsunami rippled across the globe — one boiling and bubbling with every imaginable variety of stupid: human folly, gleeful ignorance, self-destructive greed, reckless spite, dim-witted cruelty parading itself as enlightenment.

And so now a tsunami of imbecility is rolling like a slow-motion thermonuclear bomb across the globe. Lightning bolts of foolishness shiver down it. Smoke clouds of idiocy billow from it. Here are the five kinds of stupid wrecking the globe — because your first job, these days, as a human being, is to make sure you’re not being turned into an imbecile by this wave of stupid, too.

Economic stupid is nationalism, populism, or austerity, three words that craftily mean the same thing. It’s the idea that “we don’t have the money to pay for it!!”, whether “it” is school lunches, healthcare, education, parks, libraries, media, or trains. Sure we have the money. What do you think an era of zero interest rates mean? It means that there is so much money sloshing around in the treasure chests of the global economy, so much loot piled up by Jeff Bezoses and Bill Gateses, that there is nowhere left to put it. Not a single place: all the yachts, super mansions, and trophy castles have been bought.

Nada left to buy equals zilch interest to lend at. Zero interest doesn’t just means “societies can borrow for better than free and give everyone healthcare, education, an income, and savings” — it means that if they don’t, the economy will go right on cruising into oblivion, because that money will go on piling at the top, instead of doing anything remotely useful, beneficial, or necessary.

Now, who’s the prime exemplar of austerity? America, of course. There, thanks to four decades of people imbecilically destroying their very own government, those very people live in rank indignity — they have no healthcare, retirement, pensions, safety nets, and therefore, they have no mobility, opportunity, stability, security, and therefore, quite reasonably, they have no hope or optimism left, which is why they’re turning to harder and harder drugs to numb the pain of it all. But see the point: the nationalist says: “us first!!!”, but ironically, he only means “them last!!” He is too stupid to invest in his very own society. He wants, instead, to kick out the scapegoats, exclude the minority, scorn the weak. But he doesn’t see that “us first” and “them last” are not opposites — they quite often go hand in hand in a race to the bottom of the abyss. Ah, only a true imbecile would confuse up for down...

Denial. Self-chosen ignorance. Socially constructed mass delusions. Overweening folly. About the world, humanity, life, and each other. Things will be OK, go back to normal. We stick our fingers and cry “LA LA LA LA!!” at the merest mention of even the tiniest inconvenient truth — quick, change the channel, unlike that person, unfollow. So here are a few of those truths, now that I’ve got you in a position where you can’t squirm away so easily.....

READ ENTIRE ESSAY AND APPLY THE EXAMPLES TO THE PEOPLE & CIRCUMSTANCES AROUND YOU:
https://eand.co/the-age-of-the-imbecile-c52ee205d94c