Remember what the neighbours in Germany did when the nazi's came to collect us, they stood there, the majority of them, went back inside to finish their dinner and piano practice, and felt good about themselves that they didn't partake in any bloodshed. 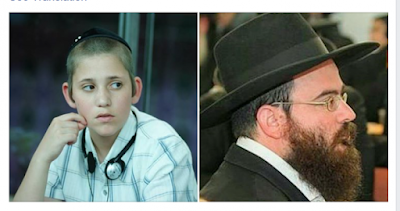 Every time I hear about another victim coming forward another perpetrator charged and convicted , rather than a sense of relief, I feel anger . Not anger so much as it should be directed to the perpetrator let my anger is to those who let it happen . Those who stood by and didn't save these children didn't help them when they were drowning and reaching out for an adults to save them , because it would make a discomfort for them to go against a personal friend. I am angry because all of these ignorant people who didn't want to hear the stories blocked their ears and close their eyes , many of these people have deleted my friendship in the past few years because I post this very uncomfortable subject on Facebook.

Sometimes people have sent me personal messages begging me to take it down , because that person is their personal friend and it would be impossible that they did this atrocity .... only to find out later that others came forward with similar accusations against the perpetrators. These people who take the Sol , the neshama, of these little children, and destroy them eternally, have NO REASON TO BE ALIVE TODAY!!!!!!!

The Torah is very clear about a man lying with a man, how it is so perverse that they should not be allowed to live, and yet all these people who abide by the Torah will close their eyes when their "friend" or colleague is busy raping children, feeling a sense of compassion for the evil savage, making it in their heads that he needs rachmanus, that he has a "problem."

What if it wasn't sexual ? What if your friend was putting on a mask at night kidnapping little children and murdering them ? Would you stand up against him then? Would you condemn him? Get out of your ignorant boxes and SAVE THE WORLD, that you claim to do when you invite a stranger for Shabbos, when you stand in the street and teach someone to put on Tefillin, when you speak of Torah along the way, in that same Torah, Vayikra (Leviticus) 19:16 "Do not stand by idly while your neighbor's blood is shed." Remember what the neighbours in Germany did when the nazi's came to collect us, they stood there, the majority of them, went back inside to finish their dinner and piano practice, and felt good about themselves that they didn't partake in any bloodshed.

This is exactly the same. A drowning child has only adults to turn to, and you all let them down, you are just as responsible for his bloodshed when you close the curtains, how much more so when you show up in court to praise Satan.

Gd bless those who came forward, who saved my children the despair of a horror I could never imagine having to survive, as a parent. It's in your neighbours home, and rather than save yourself the discomfort of having to bring up this negative "untznius" subject at the Shabbos table, and be judgemental toward those who DO bring it up, WAKE UP!!!! And be that saviour, bring moshiach!

Ahavas Yisrael is not for the dog who shed our childrens' blood, and believe me, they are destroyed, ahavas yisrael is meant for the children!!! Give love and acceptance to these grown up children, open the door and let them speak.

Whenever I think of my friend Joey, I die a little inside. Soon to be his Yarzheit.......

Last week on Thursday (20 July), the Jerusalem District Court sentenced (Rabbi) Aharon Shlomo Lisson to a minimum of seven years for sexually abusing three brothers. Later that day, one of the courageous victims/survivors, Yaakov (Yankie) Rainitz, wrote a powerful public post in Hebrew about what transpired. The post quickly went viral in Israel where it was shared 750 times, received almost 4,000 “Likes” and was republished in major Israeli media outlets.

jewishcommunitywatch.org
Posted by Paul Mendlowitz at Friday, July 28, 2017 No comments: