Together We Will ---- Laugh At Jews Who Do Not Wear Black Hats ---- And A Bunch Of Other Transgressions That Require The Death Penalty! 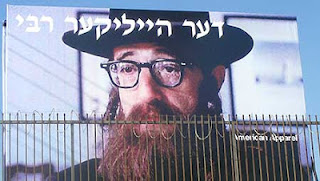 ISSUED WITH MESIRAS NEFESH FROM UNDER OUR BEDS IN THE REB MEIER AL Z. HEIMERS MOSHAV ZEKANIM


We were appalled and trembling to hear of the terrible breach in our camp in the form of concerts featuring singers and chazanim who sing before men and women in mixed company Rachmono litzlan and even with separate seating, mamash.

Previous gedolei Yisroel totally banned these events - even though there were none, but in their infinite wisdom they knew that there will be many - even where there is separate seating (they can't fool us - we know they sit together in the car). As such we hereby state our combined ignorant and idiot opinion, which is based on irrefutable daas Torah.

A. Attending these performances is totally prohibited, because we say so -- even though we forgot to take our pills for two years at least - could be more - we just don't remember.

B. The prohibition applies to the organizers and the audience, young and old, middle-aged, senile, people in wheelchairs, people who use cains and walkers, the hearing impaired, fagelech, men, women, children, shul candy-men and rebbeim-- regardless of their sexual preferences. 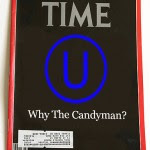 All the more so on the singers and chazanim, who are inducing the masses to sin, mamash - Rachmana litzlan.

C. Newspapers and advertising circulars should not help by advertising these forbidden events, the transgressors call performances. Even the Jewish Press should restrain itself, if at all possible.

D. The singers and chazanim who appear before a mixed audience may not be invited to sing at any wedding or divorce, chap-a-nosh at the smorgasboard, mooch a free meal, take home the flowers, switch to a newer Borsalino at the coat-check room, steal a bencher, or take home a stranger's wife; nor can any event at which they participate be advertised, including tefillos and so-called kosher events, unsupervised fress Pesach events; in order to avoid lending a hand to these transgressors who we consider to be rishaim gemurim, like nothing ever before in klal Yisroel, ever, ever, aver, erva.

May Hashem Yisborach, in His great mercy and kindness, bring them to do teshuvah before Him - and us - by supporting Kupat H'air, and may we merit the eternal Redemption (not the phony Chabad kind), immediately - before the Kolko trial - azuz yimolei sechok peanuts...., vayihee b'yemai Achasvarush....

Signing for the sake of the sanctity, holiness and purity of our people, with trembling hands, spittle dripping out of our mouths, and with soiled diapers.... 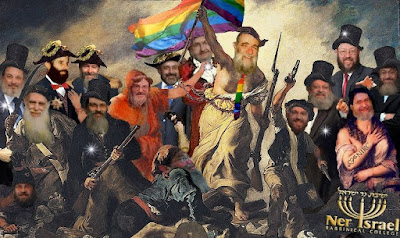